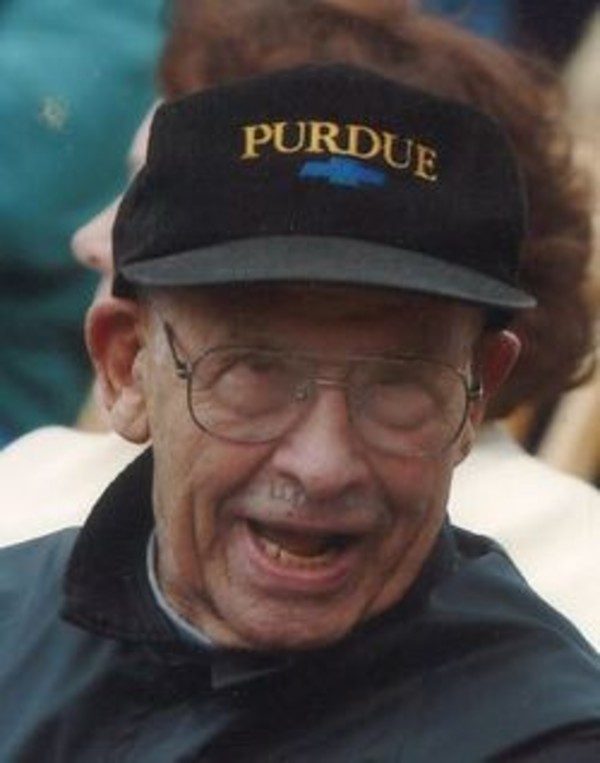 He graduated from Elkhart High School in 1938 and earned a B.S. from Purdue University in 1942, and a Ph.D. in Metallurgical Engineering from Stanford University in 1950.

On December 20, 1942, he married the late Ilyff Belle Williams, with whom he remained together for 68 years until her death.

Will was active in Boy Scouts as a youth in Elkhart. He served for 3 and a half years in World War II, first in the European theatre as an artillery reconnaissance pilot, followed by the US Army occupation of Japan.  He worked for 20 years in industry as a metallurgical engineer, and then 17 years with Purdue University as an administrator and educator.  He was active in the First United Methodist Church of West Lafayette since 1964, the Exchange Club of Lafayette, the Purdue Alumni Association, the Thrift Clothes Shop of Lafayette, and American Legion Post 38.

He is survived by his son, Gregory Lee Schalliol, of Oak Park, IL, as well as by 6 grandchildren and 5 great grandchildren.

He is preceded in death by his wife, Ilyff B. Schalliol, and 2 sons, John A. Schalliol and Dennis E. Schalliol.

Visitation with the family will be 1 hour prior to a 3:00 PM memorial service, Saturday, April 9, 2016, at Soller-Baker West Lafayette Chapel, 1184 Sagamore Parkway W, West Lafayette, IN, 47906, with Rev. Phil Klinger officiating.