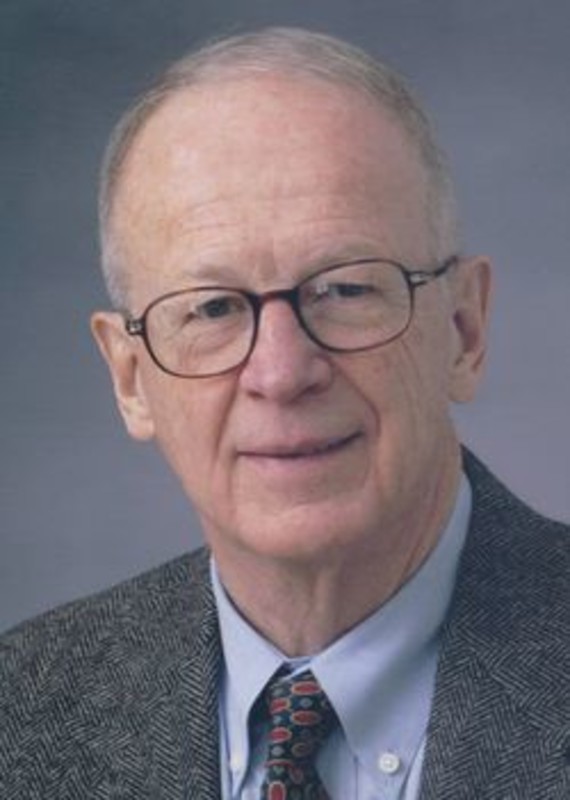 William L. Rowe, of West Lafayette, died at Creasy Springs Health Campus at 5:15 AM Saturday, August 22, 2015. The son of Ted and Olive Rowe, Bill was born in Detroit, Michigan on July 26, 1931. He received his A.B. from Wayne State University, his B.D. from the University of Chicago, and his M.A. and Ph.D. from the University of Michigan. In 1962, Bill accepted a position at Purdue University as Assistant Professor of Philosophy, the start of a distinguished career as a scholar and a teacher (he retired in 2005). In addition to many articles, he authored five books and edited two, principally in philosophy of religion. A self-described “friendly atheist,” Bill advocated respect for the views of others, and modeled that respect in his interactions with colleagues and students. He was an engagingly decent man whose countless honors and awards never turned his head. His great passion was doing philosophy; he loved his work. Bill's first marriage was to Betty Barnwell, the mother of his three children. In 1975, he married Margaret Moan. Both women survive him as do his children Susan, John (Carla), Norman (Monica) and three adored grandchildren, Ellen, Lucas, and Zoey. Bill is also survived by his brother John (Margaret), loving nieces and nephews, and many good friends. We, his family, thank Dr. Jeremy Adler and his staff, the wonderful nurses and aides at Creasy Springs Health Campus, and the caring staff of St. Elizabeth Hospice for their goodness to Bill and us. We, his family and friends, wish Bill “sunny days and starry nights.” In lieu of flowers, please consider supporting Save the Children, Lafayette Urban Ministry, Food Finders, or Almost Home Humane Society. Family will receive friends from 4:00 until 7:00 pm on Saturday, August 29th at Soller-Baker West Lafayette Chapel, 1184 Sagamore Parkway W. West Lafayette, IN 47906. A private family burial will take place at St. Boniface Cemetery.