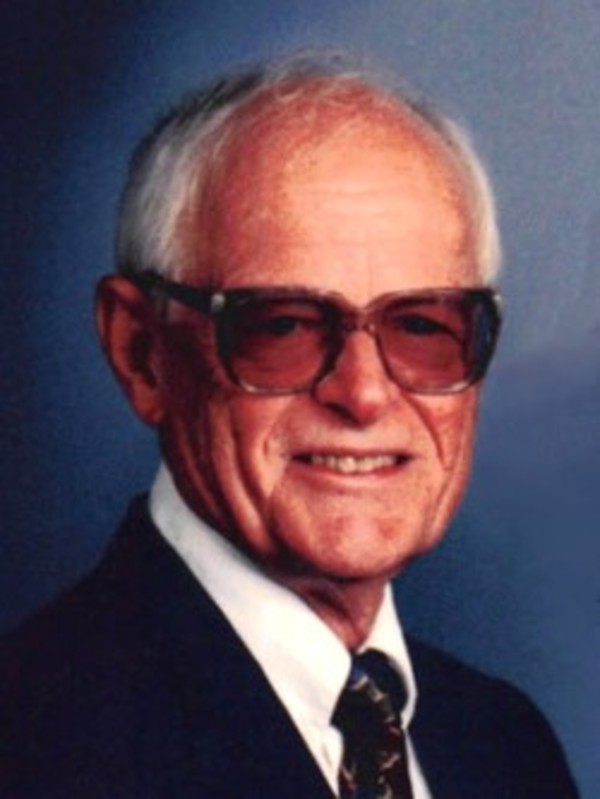 Wilbur Louis White, 90, died at St. Anthony Healthcare on September 22, 2015. He was born September 21, 1925, to Stella and Walter White in Batesville, Indiana. He graduated from Batesville High School in 1943, and then entered the Naval V12 program at Wabash College in Crawfordsville, Indiana. He was there for five semesters. After Wabash College, he was in the Midshipman School at Asbury Park, New Jersey. He then was stationed at Cornell University where he received his Commission as Ensign in the U.S. Navy, followed by being stationed in Miami, Florida, and finally was stationed in New Orleans at the Eighth Naval District Headquarters. While at Wabash College, he met his future wife, Joanne R. Reitemeier, and they were married on January 26, 1946. In June, 1947, after retiring from active duty in the Navy, he entered the IU School of Business from which he graduated Cum Laude in June, 1950. He was a member of the Academic Honor Society, Beta Gamma Sigma. He accepted a position as an accountant with National Homes Corporation in 1951 and retired from there as Assistant Comptroller in August, 1988. He was a member of the BPO Elks and was active in Junior Achievement. Wilbur enjoyed golfing, bridge games with friends and just being with family. He was a loving husband, father and grandfather. Wilbur is preceded in death by his parents, a brother, Paul and a sister, Elsie. He is survived by his wife, Joanne, and two sons, Mark (Anita) and Kurt (Gui). Three granddaughters, Sheena (Dave) Mickelson, Sarah White, Courtney White and a step grandson son, Louis Wang. He also has a great-grandson, Oliver Mickelson. Visitation will be from 12:30 PM to 1:30 PM Saturday at Soller-Baker West Lafayette Chapel, 1184 Sagamore Parkway West. Funeral will be 1:30 PM Saturday at Soller-Baker West Lafayette Chapel. Interment will be at Tippecanoe Memory Gardens in West Lafayette. Those wishing may contribute to the Alzheimer's Association in Wilbur's memory. Our love and gratitude to the staff at St. Anthony's for the loving care they gave Wilbur.