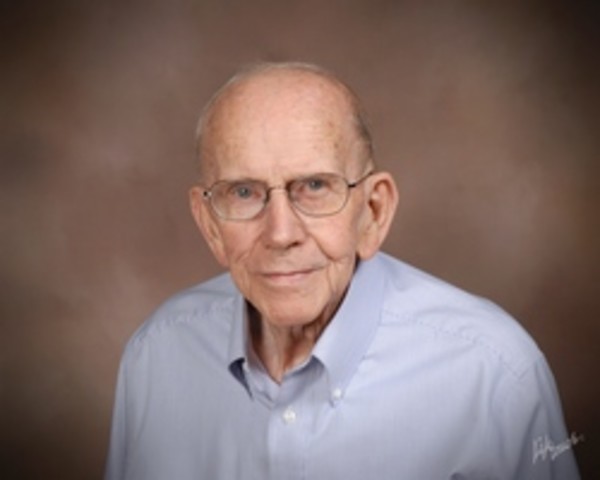 Warren J. Wright, 91, of Lafayette, died Friday December 16, 2016 at Digby Place in Lafayette. His wife, Edna F. Wright, 92, of Lafayette, died Monday December 19, 2016 at St. Mary Healthcare Center in Lafayette. Their family takes comfort knowing they were married for 68 years before their earthly lives ended, and they were apart for only 3 days before being united again in heaven. Warren was born May 8, 1925, to the late Elmer and Flora Wright. He was the last living child of a family of 7 children raised in Lafayette. He graduated from Lafayette Jefferson High School in 1943 and was in the U.S. Navy from 1943 to 1945, serving in Australia and the Philippines during WWII. He married Edna Remaly on October 30, 1948 at the home of Rev. John Root in Rossville. Warren worked in the Purdue University Safety and Security Department for 37 years before retiring in 1985. He volunteered his time at Home Hospital as a Redcoat. He was a member of the American Legion Post 11, and Elston Presbyterian Church where he was an elder and loved singing in the choir. He enjoyed woodworking and fishing.

Surviving are their 4 children, a daughter, Susan Parker (Brad – deceased) of Auburn, IN, son, Billy Wright of Lafayette, daughter, Bonnie Thompson (John) of Lafayette, and son, Mark Wright (Martha) of West Lafayette. He has 9 grandchildren, Brett Parker (Andrea) of Auburn, Brooke Pelletier (Stephen) of Bloomington, Tessa Galindo (Jorge) of Sierra Vista, AZ, Grant Thompson (Misty) of Lafayette, Gretchen Diehls (Jason) of Lafayette, Ginger Myers (Brian) of Ft. Wayne, Landon Thompson (Molly) of Lafayette, and Matthew and Mitchell Wright both of West Lafayette, and 15 great grandchildren, Mahayla Parker, Michael Parker, Abigail Parker, Parker Pelletier, Taylor Pelletier, Gabe Galindo, Juliana Galindo, Jocelyn Galindo, Holden Thompson, Nora Thompson, Roslyn Diehls, Archer Diehls, Sawyer Diehls, Boden Diehls, and Quinn Myers.  He was preceded in death by 3 brothers, Duane, Jack, and Harold, and 3 sisters, Juanita Wright, Arlene Hoagland, and Mary Ellis.  He is survived by a sister-in-law, Carol Wright, of Zionsville.  Visitation for Warren and Edna will be from 9:00 a.m. until the funeral service begins at 10:30 a.m. Wednesday December 21, 2016 at the Soller-Baker Lafayette Chapel, 400 Twyckenham Blvd. Lafayette, IN 47909. The burials will take place at Rest Haven Cemetery.  Pastor Rick Ryan will officiate the services. The family would like to thank the staff at Digby Place, St. Mary Healthcare Center, and Great Lakes Caring Hospice for the wonderful love and attention they have given during this time.  Warren spent the last few years of his life caring for Edna, and the family asks that in lieu of flowers donations be made to the Alzheimers Association.