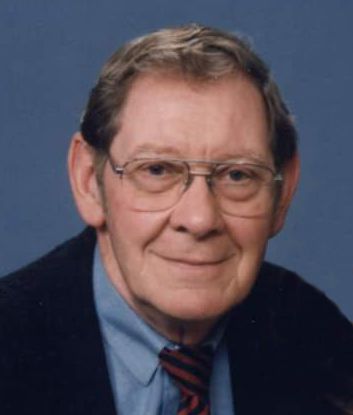 Walter H. Hart, 94, of West Lafayette, passed away on Wednesday, September 16, 2020 at his home.  He was born August 29, 1926, in Brocton, IL.  His parents were the late Leonard and Harriet (White) Hart.  Walter graduated from Villa Grove High School in Villa Grove, IL. He was a veteran of the Navy serving during WWII.  On November 14, 1944 he married Nina Albin and she preceded him in death on March 1, 2014.

Upon leaving the Navy in 1946, Walter worked for the Illinois Natural History Survey Division, conducting research on the impact of lead shot on waterfowl.  Walter then began a career in firefighting at the University of Illinois.  Walter was the first Fire Chief for Purdue University Fire Department from 1963 until retiring in 1990.

Walter was a loyal 32nd degree member of the Scottish Rite Valley of Danville since 1953.  He was an active member of the Indiana, Great Lakes, and International Associations of Fire Chiefs.  For his leadership and service to the community, Walter was honored by Governor Evan Bayh as a Sagamore of the Wabash recipient.  Walter enjoyed pheasant and deer hunting, and fishing at his cottage on the Tippecanoe River.  He was also a woodworker, often making furniture for the home.

Visitation will be from 12:30 pm until the time of the service at 1:30 pm on Monday, September 21 at Soller-Baker West Lafayette Chapel,  1184 Sagamore Parkway West.  Entombment will be at Tippecanoe Memory Gardens in West Lafayette.