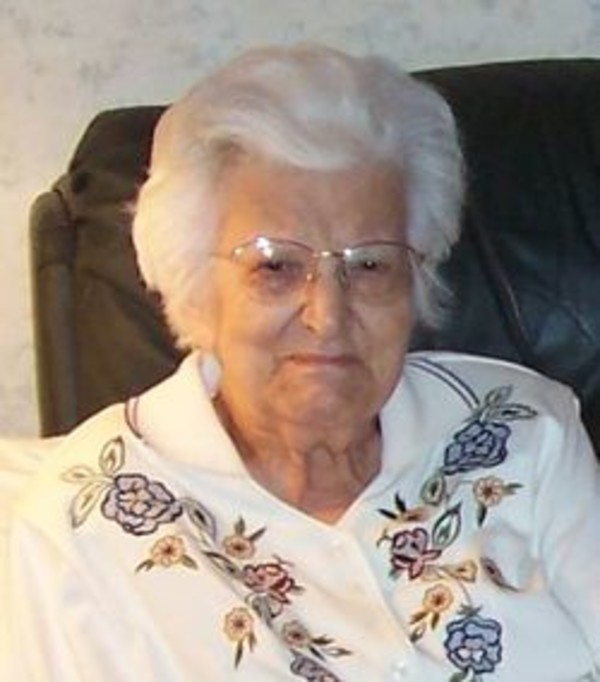 Waded K. Sabbagh, 106, of West Lafayette,IN , entered eternal life on April 28, 2015. She was born January 14, 1909, in Victoriaville, Quebec, Canada, to the late David and Zahia Corey. She had one sister, Neva, and one brother, Joseph. She was a member of the Eastern Star, White Shrine, Amaranth and West Lafayette High School Booster Club. She and her husband chaperoned many Purdue dances over the years. She had four children, Neva, Harold, Rosalie and David. She is grandmother of nine and great grandmother of eleven. She and her family moved to Bryan, Ohio when she was just an infant. Her family then moved to Toledo, Ohio so she could begin her education. On July 19, 1931, she married Professor Elias M. Sabbagh at St. George Antiochian Orthodox Cathedral in Toledo. Surviving are her two sons, David Sabbagh, and Harold Sabbagh (Sandy) of Bloomington, IN and her daughter, Rosalie Hoffman, of Naperville, IL. Also surviving are her grandchildren, Steve Perry (Mariluz), Mike Perry (Lori), Carrie Hoffman, Elias Sabbagh (Cristal), Kathy Hoffman (Brad), Kahlil Sabbagh (Ginger), William Sabbagh, David Sabbagh (Pricilla) and Amira Sabbagh. Finally she is survived by eleven great grandchildren; Deanna Tingwald, Allison Tingwald, Nicole Perry, Eli Sabbagh, Michael Sabbagh, Tedessa Sabbagh, Julius Sabbagh, Kylan Sabbagh, Samaya Sabbagh, Emily Perry and Joseph Perry. Visitation will be Saturday, May 2 at Soller Baker West Lafayette Chapel 1184 Sagamore Parkway West, West Lafayette at 10:00 am- 12 noon. Funeral Service Saturday, May 2 at Soller Baker West Lafayette Chapel at noon with Father Nabil Hanna and Father Gregory Allard officiating. Burial will be at Tippecanoe Memory Garden immediately following. Preceded in death by her husband, Elias Sabbagh and daughter, Neva Perry. Those wishing may contribute to Saint George Orthodox Church in Fishers, Indiana.