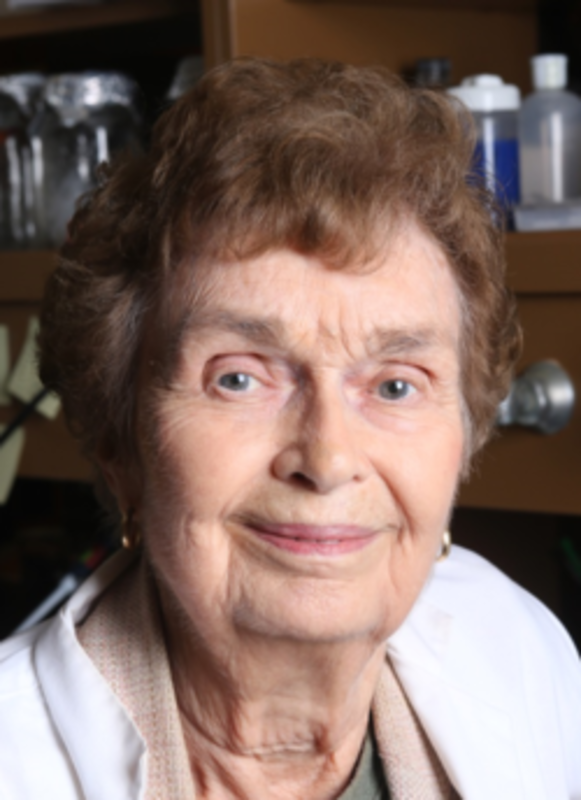 Nematologist Virginia R. Ferris passed away Sunday, August 13, 2017 following a short illness. She was a full professor in the Department of Entomology at Purdue University. Dr. Ferris was born in Abilene, Kansas, graduated from Wellesley College, and received her Ph.D. in 1954 from Cornell University. She was an Assistant Professor at Cornell for several years following graduation. When her husband and major collaborator John Ferris joined the Purdue faculty in 1958, Dr. Virginia Ferris set up a home lab and conducted research as a freelance consultant. She was one of the world’s foremost experts on the soybean cyst nematode when Purdue University hired her in 1965 as an assistant professor.

Dr. Ferris became a full professor in the Department of Entomology in 1974, having by that time been an associate professor, assistant dean of the graduate school, and assistant provost at Purdue University. She had also been president of the Society of Nematologists, associate editor of the Journal of Nematology, and recipient of the Helen B. Schleman Gold Medallion Award (which honors individuals for meaningful contributions to the promotion and advancement of female students).   Dr. Ferris was also a Phi Beta Kappa and a Fellow of the National Science Foundation, Indiana Academy of Science, Society of Nemotologists and the European Society of Nematology.

Dr. Ferris was passionate about not only her scientific pursuits, but also about mentoring younger people. She, along with Dr. John Ferris, served as faculty fellows at Earheart Hall for nearly 30 years. Throughout her lengthy career at Purdue University she went out of her way to help smooth the way for other budding professionals, including serving as a major professor for many graduate students, working long hours to prepare them to defend their dissertation in order to gain their Ph.D.

In lieu of flowers, memorial contributions are asked to be made to a memorial fund in her name to benefit female graduate students and thus continue her long history of mentoring younger professionals at  https://securelb.imodules.com/s/1461/campaign/give.aspx?sid=1461&gid=1010&pgid=3175&cid=7440&bledit=1&sort=1&dids=5235.35&appealcode=15007