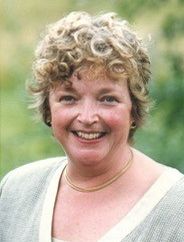 Born in Angola, Indiana, the youngest child of Henry and Anne Endicott Willis, Vicki graduated in 1965 from Angola High School and received a BA degree from Northwestern University with Phi Beta Kappa honors in 1969.  The following year, she was a Fulbright Scholar in Munich, Germany.  After receiving an MA from Cornell University in design and environmental analysis, she was hired in the Fine Arts Department of Purdue University in 1972, where she remained, retiring as Associate Professor Emerita, Rueff School Design, Art and Performance, in 2010.

During her career, her area of expertise was in medical facility analysis and design, a specialty in which structures are designed so that they are accessible and comforting to a wide spectrum of ages, from the physically fit to those with physical challenges. She was a frequent consultant for medical facility construction projects throughout the Midwest area. She was also an accomplished artist in various mediums and a Master Gardener. For twenty-one years, she was a regular volunteer at the Celery Bog- Lily Nature Center in West Lafayette.

Though a West Lafayette resident beginning in 1972 through the remainder of her life, she especially enjoyed times of escape to a cottage she built on Lake James near her childhood home. Throughout her life, she was an enthusiastic world traveler.

Survivors include two sisters, Cynthia Pinkerton, Lake Forest, Illinois, and Josephine Willis of Medford, Oregon, and five nephews, one niece, and thirteen grand-nieces and nephews. Burial is in Circle Hill Cemetery, Angola, Indiana. A Celebration of Life reception is scheduled for 2:00-4:00 p.m. on Tuesday, September 27, at the Whittaker Inn Gathering Room, West Lafayette.