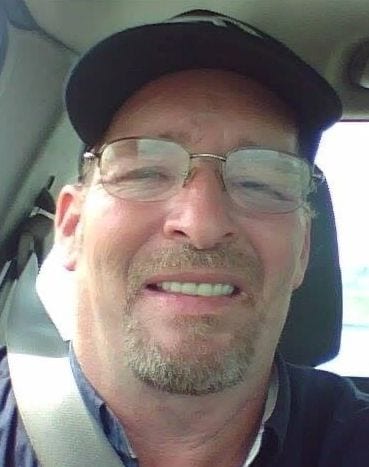 Timothy David Lytle, 57, of Oxford, passed away on Wednesday, February 5, 2020 at Signature Health Care. He was born September 8, 1962, in Fort Hood, Texas, to Marion C. and Margaret A. Hodson Lytle.
He was a veteran of the US NAVY serving on the USS Pyro from 1981-1985 then on the USS Antietam from 1985-1991. Tim was Corporate Satety Director for Metals USA for several years.
He enjoyed being with his family and friends and fishing, painting by numbers and being outdoors.
Surviving are son, Jonathan David Lytle of Oxford, IN, son, Dennis Edward (Jessica) Lytle of New Castle, IN, son, Daniel C. (Cindy) Lytle of Oxford, IN, mother, Margaret A. Lytle of Hondo, TX, sister, Susan Lytle- Jurss of Orlando, Fl , brother, Dennis Lytle of Oceanside, Ca. also 12 grandchildren survive. Tim will be missed by all who knew him and loved him.
Tim was preceded in death by father, Marion Clay Lytle in 2006, brother Michael Clay Lytle in 2009.
Visitation will be from 1:00 pm to 2:00 pm on Monday February 10th, at Soller- Baker Funeral Home 400 Twyckenham Blvd. Lafayette, service to follow at 2:00 pm with military honors.
You may sign the guest book, leave memories and photos at www.soller-baker.com