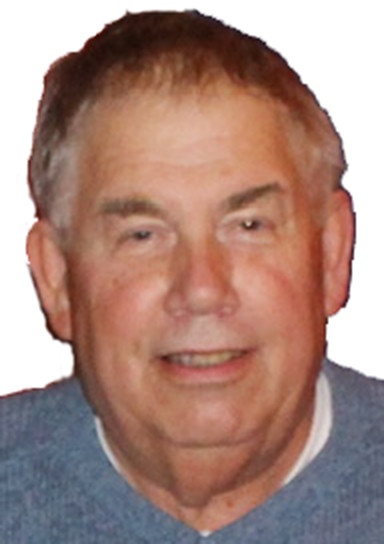 Tom Jaques was born January 27, 1947, and raised in Seymour, Indiana by his parents, Richard and Beatrice (Datzman) Jaques. He was All-County tackle on the football team at Seymour High School (class of 1965). When he attended Purdue University, he highlighted that football honor to impress fellow student Lois Bombich. That, along with his earnest charm, convinced her to become his bride, and they married in Cedar Lake, Indiana, on July 11, 1970. It was only later that Lois learned Tom had been the only tackle in Jackson County.

Tom worked as a chemical engineer at Anheuser-Busch (then Staley’s, then Tate & Lyle) on the north side of Lafayette. Laid off in 1993, he placed the well-being of his family over his career – instead of relocating, he obtained an HVAC certification at Ivy Tech and taught classes there. He worked as the facilities manager at Lafayette Urban Ministry, and they learned what his family already knew – he could fix nearly anything, and he served all people with humility and humor. He also drove a school bus for Lafayette School Corporation for eighteen years.

Tom, the only male in a house full of women, was the straight man to their never-ending stream of jokes and theatrics. He held his own, and his girls have a nearly endless list of his one-liners and words of wisdom. Tom taught Jackie to think like an engineer and enjoyed discussing science, art, and music with her children (Tommy, Audrey, and Joey). Tom was one of Jessica’s (husband Jaime Collaco) biggest fans, whether she was singing, acting, or launching a new children’s book. Her three girls (Eden, Cypress, and Kismet) loved sharing their drawings, letters, and jokes with their grandfather. Tom was Janette’s (husband Rick Meyer) first basketball coach and proudly watched her go on to earn her Ph.D. in mechanical engineering.

Tom and Lois were planning to celebrate their fiftieth wedding anniversary this summer, but cancer ruined those plans; Tom died on January 31, 2020. Cancer never defined Tom. He was a gardener, a reader, a photographer, a jogger, a hector, and a music lover. He and Lois loved to remodel their old house, garden, and travel together.

Visitation will be held at Soller-Baker Funeral Home (Lafayette) on Monday, February 3, 2020, from 5:00 p.m. to 8:00 p.m. The funeral Mass will be held at St. Thomas Aquinas Catholic Center on Tuesday, February 4, 2020, at 2:00 p.m. The family will greet visitors at the church prior to the Mass. A memorial service and burial will be held on June 27, 2020. Tom’s family suggests that memorial contributions be made to Lafayette Urban Ministry or The James Fund for Life.