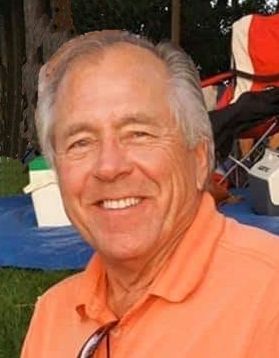 Stephen B. Connors age 77, passed away unexpectedly at his home in Nokomis, Florida on October 31st, 2019. He was born in Elwood, Indiana and recently resided in Monticello, but lived most of his life in Lafayette, IN. Steve was the ninth of ten children to Gladys (Long) and John Connors, born on December 28th, 1941. He attended grade school at St. Joseph’s in Elwood and was a proud graduate from Klondike High School, West Lafayette, IN, May 1961. He attended Purdue University. He married Carol Ann Dunn on July 20th, 1963.

Steve was a custom home builder & contractor for forty years and a real estate developer for twenty years. He founded and managed Winding Creek Development and Coyote Crossing Golf Course. He was an active and influential member of the Building and Real Estate Community for many years. He received an award from the Secretary of State, John Mutz for the State of Indiana and Purdue University Energy Efficiency Griffin I Project.
He was an avid sports fan and played sports all four years in high school, but especially loved football, track and basketball. Steve took great pride and interest in his grandsons’, Nick and Jack and beamed with joy at the sight of his bonus granddaughters,’ Marlee and Madelyn. He loved music, movies and a good dirty joke.
He also had a healthy obsession with food, especially baked goods, Reese’s, Payday’s, bread pudding, ice cream and cashews.
He is survived by his son Dustin and wife Erica, two grandsons, Jack and Nicholas, two sisters, Beverly Waters of Sun Lakes, AZ and Rebecca Stanley of Columbus, IN and one brother, Robert (Charlene) of Elwood, IN. In addition to his parents, he was proceeded in death by his sisters, Elizabeth Call and Mary Wallace and brothers, William, Donald, Bernard and Kenneth.
Visitation will be from 4:00 pm until the time of the memorial service at 7:00 pm on Friday at Soller-Baker Lafayette Chapel, 400 Tywckenham Blvd., Fr. Eric Underwood officiating.