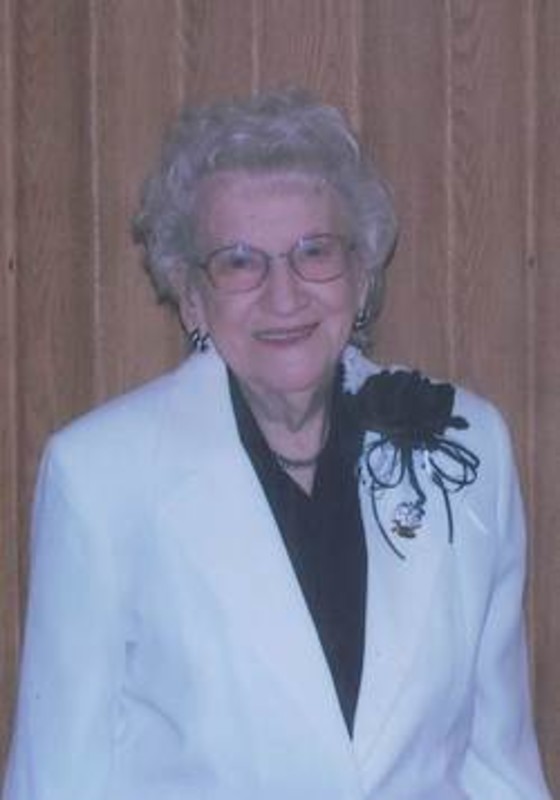 Stashia B. Gipson Fry, 96, of Lafayette, IN, died Saturday, September 7, 2013, at St. Anthony Health Care. She was born September 26, 1916, in Tazewell, TN, to the late Samuel and Cynthia Campbell Fultz. On July 30, 1971 she married Alfred J. Fry and he preceded her in death in1985. Stashia worked as a Buyer for Loeb's Department store retiring in 1980. She was a member of Elston Presbyterian Church, Women of the Moose, American Legion Aux and Eagles Aux. Surviving are her children Ronald L. Gipson of Lafayette and Carolyn J. Ferry husband Joe Greenwood, SC, 12 grandchildren, 15 great grandchildren, 9 step grandchildren and several great great grandchildren. Also surviving are 2 step daughters and a step son. Stashia was preceded in death by a daughter Sandra Sollars, sons Carl and Gilbert Gipson and a stepson. Visitation will be 1 hour prior to a 11:00 AM Funeral Service on Thursday at Soller-Baker Lafayette Chapel, 400 Twyckenham Blvd., Pastor Rick Ryan officiating. Burial will be at Tippecanoe Memory Gardens. In lieu of flowers, memorials contributions to a charity of the donor's choice.