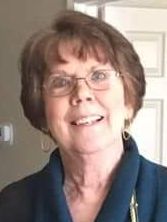 She was born on March 9, 1945, in Lebanon, to the late Evan Meredith and Norma (Brashear) Harlan.  She was raised in Lebanon and graduated from Lebanon High School in 1963.  Sharon married Michael Bressler in the summer of 1963 and years later they divorced.  In 1969, Sharon and Mike moved to Lafayette, where she resided the remainder of her life.  Sharon enjoyed making people laugh and making others feel good.  She fulfilled her passion as a hairdresser for over 20 years.  She also managed the Sunnyside Middle School Cafeteria and later Rotech Healthcare.  Sharon was strong in her faith and was a lifelong member of Christ United Methodist Church.

She is survived by her 2 sons, Curt (Christy) Bressler and Scott (Amy) Bressler both of Lafayette; her 3 grandchildren, Brittany (Jared) Matthews and Tate Bressler of Lafayette and Emily (Jonathan) Moore of Clarksville, TN; one great-granddaughter, Madalyn Moore; and 2 sisters, Shirley (Jim) Maines and Sherry Lutz, both of Lebanon.

Along with her parents, Meredith and Norma; she was preceded in death by a brother, Spencer Harlan; and brother-in-law, Dave Lutz.

The family would like to thank the staff at Aster Place for the wonderful care they provided to Sharon over the past several years, as well as Elara Caring Hospice for their grace during her final days.

In lieu of flowers, the family requests donations in Sharon’s name be given to the Alzheimer’s Association, 225 N. Michigan Ave., Fl. 17, Chicago, IL 60601, or at www.alz.org.