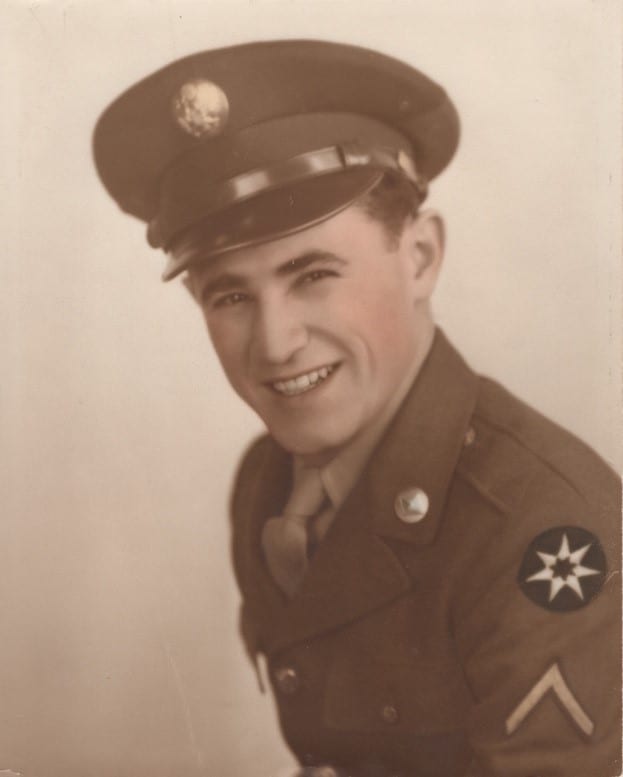 Salvatore “Solve” Michael Daniel Serra, age 93, passed away peacefully surrounded by the love of children and grandchildren on February 1, 2021 in West Lafayette, Indiana in the home he shared for the past 18 months with his son, Michael, and family.

Solve was born in Vineland, New Jersey to the late Thomas and Felicia (Fariello) Serra on March 1, 1927.  He attended Vineland Public Schools, graduating in 1945 from Vineland High School as senior class president and captain of the track team.  After serving in the Army of the United States, he was honorably discharged in December 1946 having achieved the rank of Private First Class.  He graduated from Ursinus College in 1951 with a B.A. degree in History and from the American College in 1971 with a designation of CLU.  From 1951 to 1957, he worked for Sears, Roebuck and Company as a division manager in the Vineland Store.  In 1957, he established his own business as a New Jersey pioneer agent with the State Farm Insurance Companies where he worked until 1992 when he retired to become the caregiver for his wife, Edvige.  Solve was a past member of several service organizations and served a term as president of the South Jersey Life Underwriters Association.

The family would like to extend heartfelt gratitude to all of Solve’s healthcare providers, both in Indiana and New Jersey, for providing exceptional care; to Father Dennis Faker, Associate Pastor of St. Mary Cathedral Church in Lafayette, for visiting with the family during Solve’s final days; and to the entire staff of Franciscan Hospice Care in Lafayette for providing compassionate care that enabled Solve to remain at home and comfortable until his passing and also for the ongoing support offered to the entire family during this difficult time.

In lieu of flowers, the family requests memorial contributions be made in Salvatore’s name to St. Mary Cathedral Church, 1212 South Street, Lafayette, IN 47901, which is where Solve & Edvige attended Mass during their trips to Indiana; to the Indiana State Library, c/o Talking Books, 140 N. Senate Ave., Indianapolis, IN 46204, for expanded “books on tape” titles, which he enjoyed immensely after losing most of his eyesight; or to the donor’s favorite charity.  Online condolences and memories can be shared at www.Soller-Baker.com and www.RoneFuneralService.com.