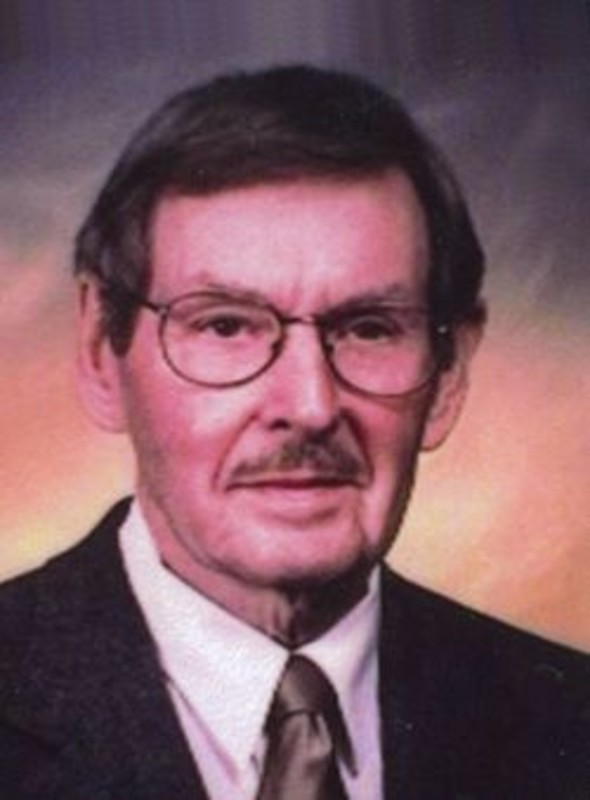 Russell F. Graefnitz, 97, of West Lafayette, passed away at 1:30 am on Thursday, May 21, 2015 at St. Elizabeth East. He was born August 27, 1917, in Lake VIllage, to the late Albert and Beulah Jackson Graefnitz. After graduating from Battle Ground High School, Russ was a World War II US Navy Vet, stationed at Treasure Island, CA where he trained sailors on operation and repair of RADAR equipment. Russ worked for many years at Duncan Electric in Lafayette as a Development Engineer before retiring in 1983. While at Duncan he received multiple patents for his work in product development. Russell's first marriage was to Doris Melson in 1940, she passed away in 1989. He then married Pauline Lange Seymour in 1992, she passed away in 2014. Russ was a member of First Christian Church, American Legion Post #11, and enjoyed dancing, and spending time at the lake house on Lake Freeman. Russ was an excellent piano player. In the 1930's, he played piano on his own program on WBAA. He played with several dance bands in the Lafayette area and in the early 1950's, Russ built a recording studio in his home where he recorded and produced records for local musicians under the RFG' label. In his mid 70's, Russ took up oil painting. One of his paintings won first place at the Indiana State Fair competition. He was also active as a leader in the Explorer Scout program. Surviving are two sons, David (Joni) Graefnitz of Zionsville and Larry (Sherri) Graefnitz of Medina, OH, and a brother, Warren Graefnitz of Spencer. Also surviving are fourteen grandchildren, twenty one great grandchildren and four great great grandchildren. He was preceded in death by a son Terry Graefnitz, two sisters, Mary Vorpagel and Ruth Padgett, a daughter-in-law Christine Graefnitz and a grandson Benjamin Graefnitz. Visitation will be from 1:00 until the time of the service at 3:00 pm on Tuesday May 26, 2015 at Soller-Baker Lafayette Chapel, 400 Twyckenham Blvd Lafayette, IN 47909 with Rev. Greg Eberhard officiating. Burial will follow at Spring Vale Cemetery. Those wishing may contribute in Russ's name to the First Christian Church, C/O Summer Camp Fund 329 N. 6th St Lafayette, IN 47901.