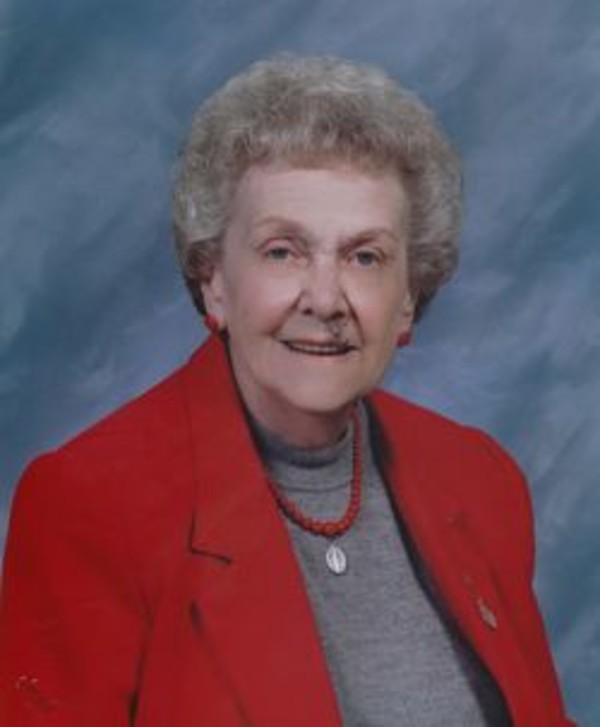 Rosemary Matilda Richards, 97, of Lafayette, IN, passed away at 4:02am Friday October 23, 2015 surrounded by her family. She was born July 18, 1918, in Lafayette, IN, to the late Frank and Amelia Miller Haaga. She graduated from St Ann's Catholic School in Lafayette and became a devoted wife, mother and grandmother. She was married 50 years to Gordon D. Richards in 1933. They had one son, James G. Richards who proceeded her in death. She resided in Lafayette for 92 years before moving to Brownsburg, IN. She was an active member of St. Boniface Church. Her Faith was a very big part of her life. Rosemary enjoyed oil painting, fishing, crafting and the time she spent with her family. During her journey she touched many lives through her faith and love for others and was an inspiration to all. Rosemary owned and managed DeHahn & Richards Produce in Lafayette, worked at The Fashion in downtown Lafayette as office manager for over 20 years. She also worked at Steck's. She then would travel to Florida to manage the activities office for Bonita Springs Campground. Surviving: Daughter-in-law, Jeanne Richards of Brownsburg. 5 Grandchildren-Catherine S. Miller (Bruce) of Pittsboro, Steven J. Richards (Lori) of Osceola, Jeffrey M. Richards (Connie), David E. Richards (Dianne) of Lafayette and Mary Jo Youngs, (Mike) of Avon. Rosemary also had 11 great grandchildren. Visitation will be Monday 5-7pm October 26, 2015 with rosary at 4:45pm at Soller-Baker Lafayette Chapel 400 Twyckenham Blvd. Lafayette, IN 47909. Funeral Service Tuesday 10:00am at St. Boniface Church, Fr. Timothy Alkire officiating. Burial will be at St. Boniface Cemetery. In lieu of flowers family requests memorial contributions to St. Boniface Catholic Church.