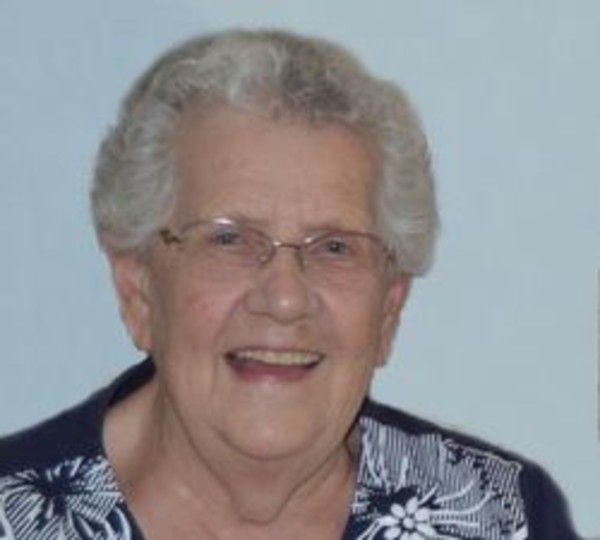 Rosemary C. Furrer, 84, of Lafayette, passed away at 7:55 am Wednesday, September 16, 2015 at St. Vincent Hospice in Indianapolis. She was born October 22, 1930, in Lafayette, to the late Joseph and Mary Thoennes Ketterer. After graduating from St. Francis High School, Rosemary married Edward L. Furrer in Lafayette. He passed away April 24, 1993. Rosemary enjoyed spending time with her family, crocheting and flower gardening. Surviving are her daughter, Ruth Hayes (Jeff) of Noblesville, a son, Steve Furrer (Vanessa) of Avon Lake, OH, daughter-in-law, Robin Furrer of Hanna City, IL, three brothers, Jim Ketterer, Bob Ketterer (Mable) and Dan Ketterer (Janice), all of Lafayette, two sisters, Barbara Michalke (Jim) of Thorntown and Carol Sue McKay (Dave) of Georgia. Also surviving are seven grandchildren, Brandon Hayes (Angie), Janelle Ehninger (Wes), Kristin Hayes, Miranda, Maddie, Dan and Matt Furrer, along with four great-grandchildren, Carson, Cooper, Paige and Brooke. She was preceded in death by a son, Randy Furrer, a brother, Chuck Ketterer, and a sister Joanne Spaker. Visitation will be from 3:00 until 6:00 pm on Sunday, September 20, 2015 at Soller-Baker Lafayette Chapel and also from 10 am until the time of the funeral Mass at 11:00 on Monday, September 21, at St. Mary Cathedral, 1207 Columbia St., Lafayette, IN 47901, with Fr's Joshua Bennett and Dale Ehrman officiating. Burial will follow at St. Boniface Cemetery. Those wishing may contribute in Rosemary's name to either the American Cancer Society or the American Heart Association.