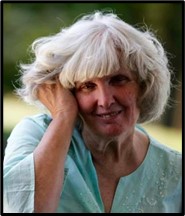 Rosanna Teresa Roswarski Fassnacht slipped the bonds of this earth on January 14, 2021, just 10 days after her 68th birthday. She joins her parents, MaDonna and Kenneth Roswarski, who preceded her in heaven.

A graduate of the Central Catholic Class of 1972, Rosanna loved children and surrounded herself with them in her home-based Little Tin Soldier Day Care. She had a big heart and enjoyed mailing cards and writing to many of her friends and family members. Locally, she and Faith provided root beer and watermelon to firefighters collecting donations during the annual Jerry Lewis Telethon. Rosanna literally sent her love throughout the world via the thousands of bears she collected and sent to American servicemen and servicewomen through her Bear Hugs to the Troops.

Rosanna was a member of St. Boniface Catholic Church, and the Fraternal Order of Eagles. She helped and encouraged her son Patrick to the rank of Eagle Scout, and her daughter Nicole to achieve the Girl Scout’s Gold Award.

Rosanna resided for the last two years at the Glasswater Creek assisted living center where she made many friends and loved playing cards. She found joy in collecting owls, Snow Babies and Boyd’s Bears.

Private Services will be held at Soller-Baker Funeral Home on January 25. Due to the pandemic, only close family members will be allowed at the service. A public Celebration of Life service is planned for this summer with a date to be announced. Featured for listening enjoyment, will be Rosanna’s favorite singing group, “The Monkees” and her favorite beverage sweet tea.