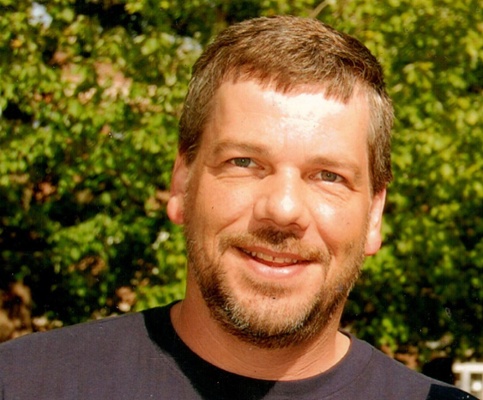 He was born December 11, 1968 in Frankfort, IN to Joseph Frederick Spray and Rosemary “MiMi” Mavity Bates. Ron and his older brother, David Benjamin, avidly enjoyed playing sports and exploring the outdoors.

He married Michele Grimes in 1987 and they had three children; Bradley Joseph, Alan Michael, and Emily Breanne. Ron happily shared his love for listening to music, coaching and enjoying baseball, and fishing and camping with his children. He was a beloved father and role model.

Ron re-married on October 1, 2011 to Sherry Spray and gained four step-children: Kory, Tyler, Aryn and Megan, whom he cared for without regard. He and Sherry spent time participating in euchre tournaments, fishing, playing tennis and completing projects in their garage.

Ron dedicated 30 years of his life to Purdue University power plant, before retiring. He had a passion for knowledge, and his wit and intellect were outmatched by no one.

Visitation will be from 3:30 pm until the time of the service at 6:00 pm on Thursday at Soller-Baker Lafayette Chapel, 400 Twyckenham Blvd., Dr. Will Miller officiating.  In lieu of flowers, donations can be made to the Indiana Wildlife Federation.