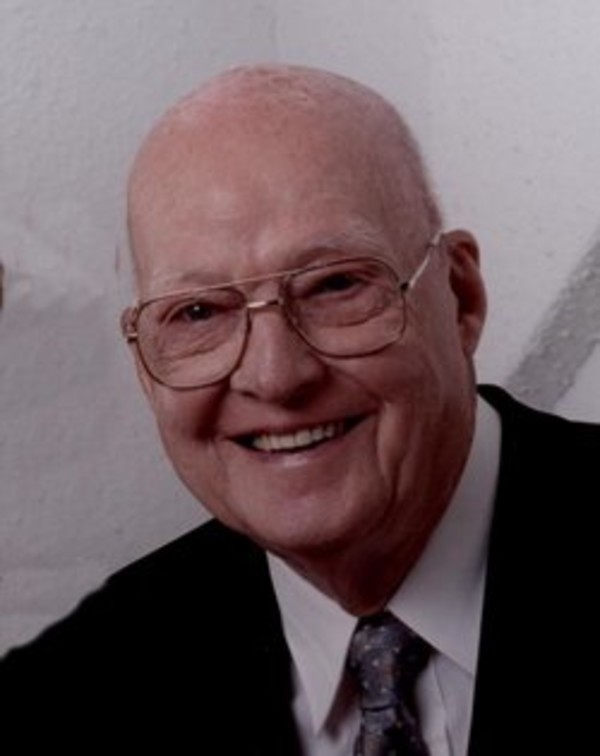 Robert “Bob” W. Brady, 96, of West Lafayette, IN, died at 3:53 AM Saturday December 21, 2013 at IU Arnett Hospital. He was born October 8, 1917, in Oak Park , IL, to the late J. Benjamin and Mary Brady. He graduated from West Lafayette High School in 1936. He worked at Saginaw Steering, a division of General Motors, in Michigan from 1941-1943 after attending Purdue in Industrial Engineering. He was taken out of Purdue to work as an engineer on the M1 Carbine gun during WWII from 1941-1943. In 1944 he married Kathryn Merritt and she preceded him in death. He married Milbra Butler in 1988 and they have been together the last 25 years. Bob played varsity basketball for WL High School and Purdue and enjoyed playing golf at the Elks. Bob was a member of the John Purdue Club, West Lafayette Christian Church, Clearwater Christian Church in Florida, and was a former board member of Home Hospital. Surviving along with his wife, Milbra Brady are sons, Robert M. Brady (wife Bernice) of Charlotte, NC, Joseph B. Brady (wife Peggy) of Stanley, NC, William A. Butler (wife Reba) of Bedford, IN, and Paul E. Butler (wife Anita) of Cincinnati, OH, a daughter, Judith K. Perdue (huband Jim) of Indianapolis, and a sister Isabell Neunuebel, (husband Bob) of California. Bob had 9 grandchildren, Chris Brady Wolfe (husband Jason) of Columbia, SC, Ensign Scott Brady of Corpus Christy, TX, Stephanie Butler, Mike Butler, Jennifer Rocklin (husband Joe) of Cincinnati, OH, Sarah Butler of Columbus, OH, Brecka Lewis (husband Drew) of TX, Amy Marlar (husband Steve) of Seattle WA, and Kristen Wiley (husband Tim) of Orlando FL. He had 9 great grandchildren, Connor,and Brady Kathryn Wolfe, Chelsea, Jake,Taylor, David Butler, Olivia Lewis, Belle Marlar, and Jane Wiley. Visitation will be 5-7 PM Sunday, December 22, 2013 at the Soller-Baker West Lafayette Chapel, 1184 Sagamore Pkwy West, West Lafayette, IN 47906. Funeral Service 11 AM Monday also at the Soller-Baker West Lafayette Chapel. Pastor John Ditmer will officiate. Burial will be at Rest Haven Memorial Park. Those wishing may contribute to the West Lafayette Christian Church, 1980 Lindberg Rd, West Lafayette, IN 47906.