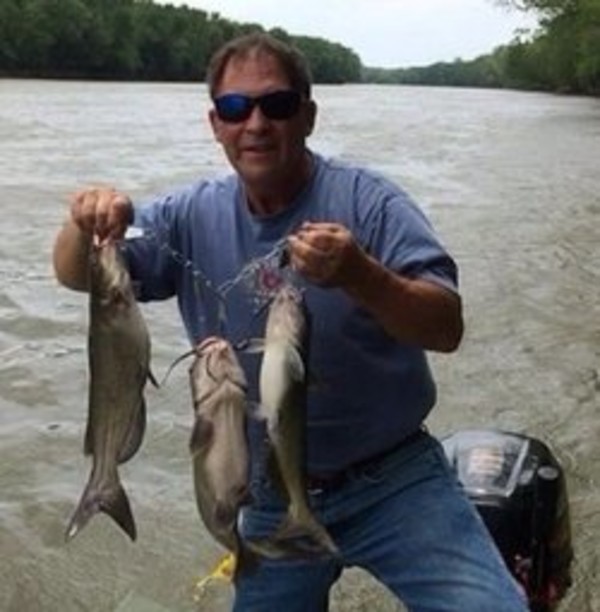 Robert Stephen Frazier, 62, of West Lafayette, Passed Away at 4:30 PM on Sunday, February 8, 2015 at IU Arnett Hospital, surronded by his family and friends, after a short battle with cancer. He was born June 10, 1952, in Norfolk, Virginia, to the late Robert and Juanita Maynard Frazier. On this past Saturday he married Susan Needham in West Lafayette and she survives. Robert had worked as a Journeyman Electrician for the Local IBEW for the past 30 years retiring Last Friday. He volunteered for several different benefits and was always willing to help, he was a handy man and an avid hunter and fisherman. Surviving along with his wife are two sons, Christopher Frazier (Melissa) of Angola, and Casey Frazier (Natalie) of Lafayette, a daughter, Kelly Dye (Scott) of Colburn, a step-daughter, Kala-Lynn Terry of West Lafayette, a step-son, Payton Terry of West Lafayette, his mother-in-law , Carolyn Needham, a sister-in-law and good friend, Betsy Needham, two brother-in-laws, Joe Needham of West Lafayette and Scott Needham (Christine) of Bainbridge Island, WA, four grandchildren, Dresden, Zohmya, Lillian and Gabrielle, along with several nieces and nephews and his best friends, Jeff and Rhonda Wilson, and Tim and Lora Layton. He was preceded in death by two sisters, Linda Frazier and Theresa Luse. Visitation will be from 5:00 until 8:00 pm Thursday, February 12, 2015 at Soller-Baker Lafayette Chapel with the funeral Service being held at 2:00 pm on Friday, February 13, at Soller-Baker Lafayette Chapel 400 Twyckenham Blvd Lafayette, IN 47909. Rev Terry Brammer will be officiating. Burial will be at Farmers Institute Cemetery.