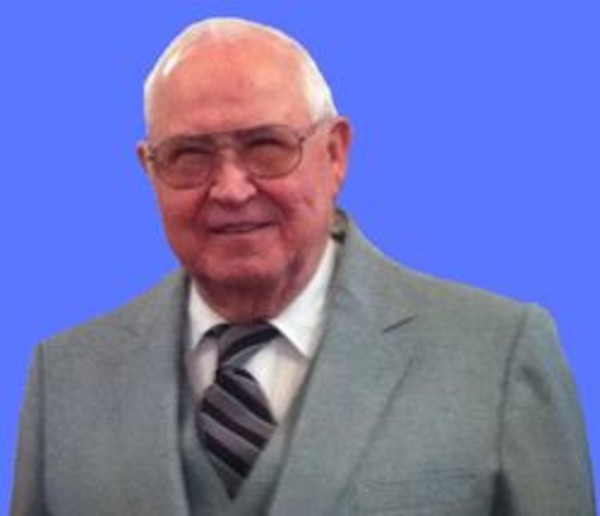 Robert E. Shirley, 88, of Lafayette, passed away on Saturday, September 23, 2017 at his home, surrounded by his family, after a four-year battle with cancer.

He was born April 4, 1929, in Hillsboro to the late Ruth (Hullinger Shirley) Young.  Robert attended Hillsboro High School and Indiana Business College.  He was a veteran of the Navy serving on the USS Storms from 1946-1950.

On January 1, 1951, he married Luella May Idle in Sterling, IN and she preceded him in death on May 1, 2007.  His second marriage was on February 14, 2011, to Connie Baldwin Lohmeyer in Lafayette and she survives.

Robert retired from Eli Lilly & Co. in November 1990.  He worked for 20 years as a Power House Operator where he was known as “Omar”.  He had previously worked for ALCOA, Borden’s Milk, Omar Bakery, and TRW Ross Gear.  He was a member of  the Masonic Lodge # 123 and had attended Kossuth Street Baptist Church.  Robert enjoyed gardening, wintering in FL, Euchre, marching bands and parades.  He loved jokes and making people laugh.

Also surviving are his siblings Richard Shirley of Attica, Dean Simms of Crawfordsville, Carl (Donna) Simms of Lebanon, Mary Merrill of Crawfordsville, William “Bill” Young of Lafayette, Shirley (Ken) Parker of House Springs, MO, Barbara Mygrant of MO and his beloved cousins whom he was raised with Roy (Caroline) Hullinger and Ralph Hullinger.  Robert was raised by his grandfather Alfeus Hullinger, his uncle Lawrence and aunt Ruth Hullinger who preceded him in death.

Memorial Contributions may be made to:  Alzheimer’s Association in Robert’s memory.