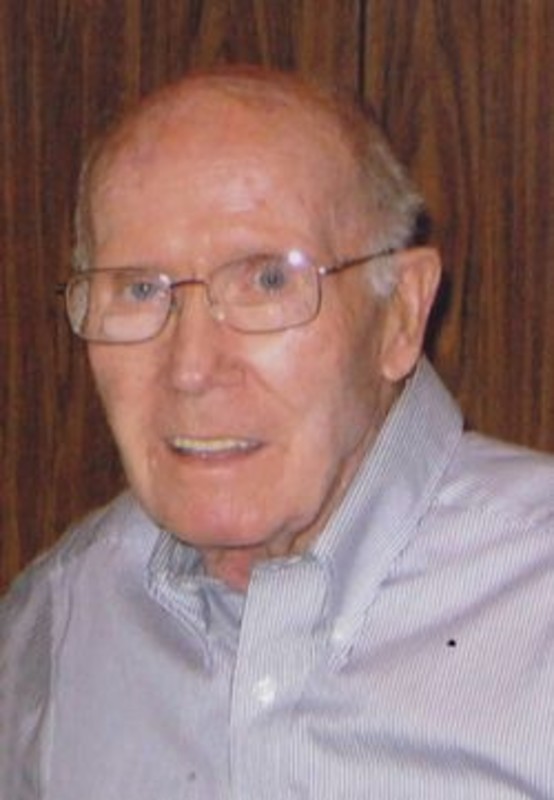 Robert E. Ostler, 90, of Lafayette, passed away at 11:55 pm on Thursday, October 6, 2016 at St. Anthony Health Care.
He was born October 15, 1925 in Frankfort to the late Doyle and Marguerite (Wampler) Ostler Gould.
Robert attended Frankfort High School and served with the United States Navy from December 1943 until January of 1946.
He married Betty (Frye) Martin on November 9, 1974 in Logansport and she survives.
Robert worked for the Monon Rail Road and as a mill wright for Chrysler before retiring. After retiring he enjoyed his position in the Garden Center at Kmart.
He was a member of the American Legion post # 11, VFW, UAW Union, the Methodist Church in Monon and was a 50 plus year member of the Masonic Lodge and Scottish Rite. He was an avid IU fan and enjoyed working in the yard.
Surviving along with his wife is a daughter, Barbara Ostler of Greenwood, a stepdaughter, Judy Stroud (Donald) of Lafayette, and a sister, Janet Douglass of Frankfort. Also surviving are four grandchildren, Rudy and Dean Owens, Jeff and Vickie Stroud, along with five great grandchildren and two great great grandchildren.
He was preceded in death by two sisters, Susie Guntle and Annabelle McEwan.
Friends may call from 1:00 pm until the time of the service at 2:00 pm on Monday October 10, 2016 at Soller Baker West Lafayette Chapel at 1184 Sagamore Parkway W. West Lafayette, IN 47909 with Pastor Paul Scott officiating. Entombment will follow at Tippecanoe Memory Gardens with Military Rites performed by American Legion Post #11. Those wishing may contribute to the donor’s choice.