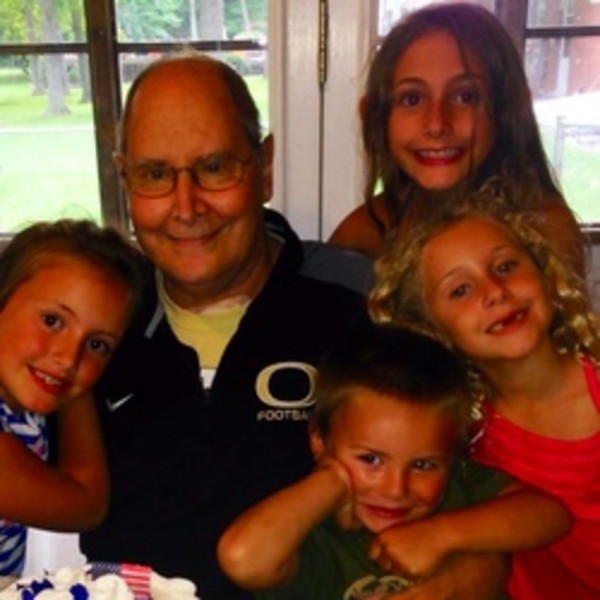 Robert “Rob” D. Inskeep, 69, of Lafayette, went to be with the Lord on Wednesday, September 10, 2014 at St. Elizabeth East after a courageous battle with cancer. He was surrounded by family and friends. He was born July 5, 1945, in Lebanon, IN, to the late Harry and Ruth Durham Inskeep. Rob graduated from Sheridan High School, Sheridan, IN in 1963 and received his BS and MS degrees from Indiana State University. On January 20, 1968, he married Janet “Jan” McIntyre in Lebanon and she survives. Robert taught 5 years at Jefferson Elementary School in Frankfort. He then taught for Lafayette School Corp. at Glen Acres and Crouch Elementary Schools for 34 joyful years retiring in 2006. He was a member of Holy Trinity Lutheran Church, John Purdue Club, and an avid Boilermaker Fan. He loved his visits to Florida and spending time with his family and friends. Surviving along with his wife are his children Carolyn “Suzie” Robinson (Derek) of Frankfort, Melissa Klyce (Wylie) of Winter Garden, FL, Kristin Strasser (Josh) of Lafayette, grandchildren Ella and Ali Klyce, Addy and Bode Strasser, Alex and Sierra Robinson. Also surviving are his brothers Philip (Lonna)Inskeep of Rensselaer, Dave (Catherine) Inskeep of Lafayette, Larry (Diana) Inskeep of Middleton, PA and 19 nieces and nephews. Rob was preceded in death by brothers Harry “Don”, Roland, and Richard “Keith” Inskeep and 2 nephews and a niece. Visitation will be 5-8 PM Saturday at Soller-Baker Lafayette Chapel 400 Twyckenham Blvd. A private service will be held on Sunday. Those wishing may contribute in Rob's memory to a charity of their choice or IU Cancer Center Miles for Myeloma.