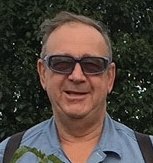 Death the final frontier. This was the final voyage of Richard Arens.  His 69-year mission to leave the world a better place than he found it had been accomplished. He led an adventure filled life and left behind a large and loving Arens civilization. He boldly went to his Father in Heaven, where all go at the end of a good life.

Richard’s final adventure ended on March 27, 2020 at his home in West Lafayette, Indiana, surrounded by family. He passed peacefully, after a short battle with lymphoma, knowing that he was loved and cherished by all those who knew him.  He made sure to let his family know he made the journey by sending a massive thunderstorm the next morning and bowling numerous strikes with his fellow angels.  He always liked to make a grand entrance.

Richard’s first log entry began on December 16, 1950 when he was born in Massachusetts to a military family. He moved across the country and around the world before the family settled in Appleton, Wisconsin. He then attended university at California State University at Sacramento and graduated with a degree in Mechanical Engineering. His 40+ year career as a mechanical engineer in the power industry specialized in keeping the lights on and giving boilers the Christmas Story treatment. His career also led him to continue his journey across the US, but he spent most of his career and family life in Wyandotte, Michigan.

Richard’s mission here on Earth was to be of service to others and support the family he loved. He led by example, valued hard work and intellectual curiosity and marveled at the working of the world and universe around him.  He was an active member in The Church of Jesus Christ of Latter-day Saints, often serving in the genealogy center as the resident guru, alongside his wife. After his “retirement”, he further developed into what he always wanted to be, a renaissance man. He became a teacher, mentor, science fair judge, master gardener, builder, mechanic, handyman and honey do list destroyer.

He also made sure to pass along his renaissance skills to his children and grandchildren. Many of them can change a tire, change the oil, tame an unruly garden, drywall, spackle and all of them can stand up for themselves in any situation. He also made time to take his grandchildren to school dances, science fairs, museums and swimming pools. Many of his descendants will spend years performing and perfecting his signature chicken dive.

His favorite pastimes, when not in service to his family or others, were cultivating his garden, scouring old documents for some long lost relative, taking a swim, inciting spitwad fights, using his well-worn library card to check out a science fiction book or any science and tech magazine, bragging about his kids and grandkids and having a witty and intellectual discussion on science or religion.

Richard will forever be remembered in his community as the handyman with a plan, someone that would answer the call for help no matter the time, a proud lifelong Red Cross donor with his super special O-negative blood type and the man that went out of his way to bring smiles to both children and the elderly.

He will forever be remembered by his family and friends for his individuality, humor and nerdiness. He was a clothing trend setter, wearing the same outfit for 40+ years, before the practice became popular with the Silicon Valley crowd. His uniform of blue shirt, jeans, suspenders, socks, sandals and safety glasses always made it easy to see Richard coming your way. He was always quick with a one liner about eating the elephant one bite at a time, being blessed by the blarney stone and not reinventing the wheel. He used his one and only dad joke about pirate’s disease freely and often and made people smile with self-deprecating humor. However, his comedic legacy is his multi-page “Do you want to date my daughter?” questionnaire, available upon request, that has taken on a life of its own. But most of all he will be remembered for his devotion to his wife, family and church.

He was welcomed into his new heavenly home by his parents Adrian and Virginia, brother Robert and sister Rose Mary.

No services are planned, but a celebration of life will be held later next year at Lakeview Cemetery in Ludington, Michigan. In lieu of flowers, memorial donations may be sent to the American Cancer Society and American Diabetes Association. And if you are able, support the American Red Cross through donating at your local blood drive.  And when you are munching on that cookie and sipping the OJ, think of Richard.