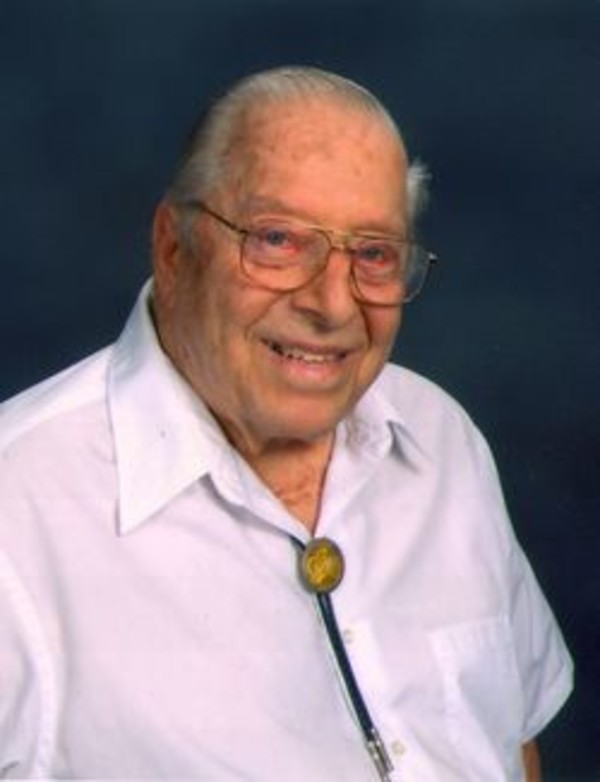 Richard “Dick” Smith of Lafayette, IN, passed away on Friday, August 23, at his home on Newcastle Road. Born on October 5, 1918, to the late Harry O. and Blanch M. (Rodgers) Smith in West Lafayette, IN. Richard graduated from West Lafayette High School and Purdue University School of Engineering through the ROTC program. During World War II, he served as First Lieutenant in the Burma Campaign, supporting construction of the Ledo Road. After the war he attended Lafayette Business College, then worked as an accountant for Gleason Pie Company of Lafayette. Within the next few years, he attended “farm school,” sponsored by the G.I. benefit program, then decided on a career as a farmer. He married Marilou Wray on July 4, 1948, in Twelve Mile, IN. She survives. Richard farmed most of his life in Sheffield Township of Tippecanoe County. Additionally, he worked at Alcoa's Lafayette Plant for several years and drove a school bus for Tippecanoe School Corporation (was known as “Smitty”). In his leisure he engaged in woodworking, making tables, quilt racks and many other items. He also enjoyed lapidary work, cutting and polishing stones to make beautiful rings and bolos. He gave all of his creations away to family and friends. Richard was also a member of Dayton United Methodist Church. Surviving with his wife of 65 years are four daughters: Becky Smith, Nancy Miller (James), Kathleen Smith (Hubert), and Krista Jessee (Kenny). Surviving grandchildren include: Matthew Carlton (Carrie), Tekoa Geswein (Spencer), Steve Allen, David Allen (Melissa), Lea Lynch (Nate), Robert Zimmer, and Adam Miller (Kelly), and two step-grandchildren: Kenneth “Chip” Jessee, and Jennifer Williams (Aaron). He is also survived by 10 great grandchildren, 2 step great grandchildren, as well as by his twin brother, Robert W. Smith, of Darlington, IN. Richard was preceded in death by his parents; a brother, James H. Smith of Hattiesburg MS; and a grandson, Austin Miller, of Lafayette, IN. The family would like to express our sincere gratitude to all the caregivers for their assistance that made it possible for Richard to remain at home on Black Walnut Farm during the last months of his life. Visitation will be 1 hour prior to a 2 PM service on Tuesday at Soller-Baker Lafayette Chapel, 400 Twyckenham Blvd. Burial will be at Wyandotte Cemetery.