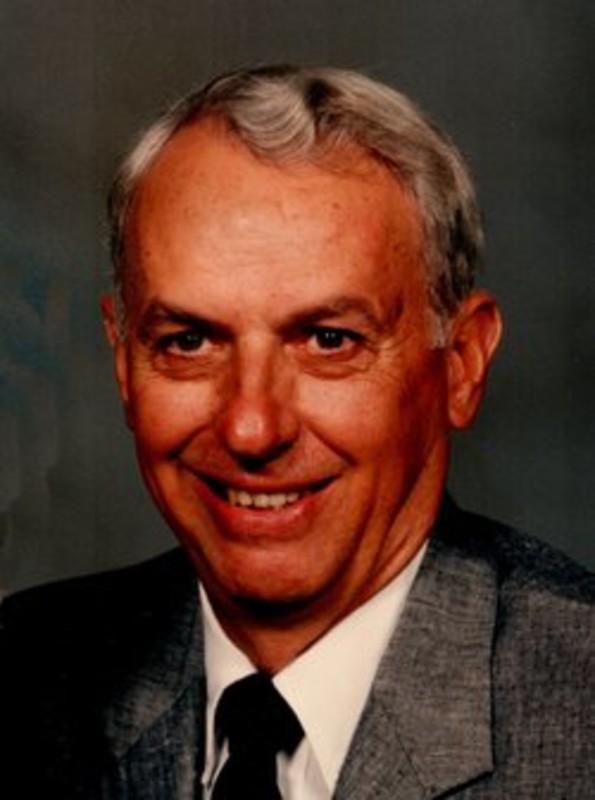 He was born on August 11, 1930 to Robert S. and Martha N. Anderson at Home Hospital, the place where his mother worked as the head pre-natal nurse, and ironically the place where Dick’s parents met. Dick has two surviving siblings, Robert (wife-Maurine) of Noblesville, IN and Barbara Jean Macklin of Rocky Ford, CO. He was raised at the “Home Place” on South River Road which overlooks 100 acres of river-bottom farm ground. Dick’s grandfather, Robert V. Anderson, purchased the land and its 1896 year-old home back in 1911, and the farm has been in the family ever since.

Dick’s father, Robert S. Anderson, started Riverside Dairy which served milk-drinking Purdue students in nearby campus fraternities. It was there on the farm that Dick learned his strong work ethic of doing whatever it took to get the job done, and not quitting until it was done well. Milking cows at the crack of dawn also developed his incredible handgrip that could bring a grown man to his knees. You were careful when you shook hands with him.

Dick met the love of his life, Peggy J. Trimble, in high school at an ecumenical church youth group. And like a pair of Love Birds, they became lifetime mates. Dick graduated from Klondike High School in 1948. He was known for his quickness on the basketball team and for his love of animals. He pursued studies at Purdue University that fall in Animal Sciences on a 4-H scholarship, and was a member of Purdue’s Livestock Judging Team and a member of Alpha Gamma Rho fraternity. Peggy, two years his junior, joined him at Purdue, studying Home Economics and all was well until the outbreak of the Korean War. Dick was drafted into the Army in 1951 and served honorably in Korea for two years, promising to marry Peggy when he came back home. He made good on his promise and wed her at Central Presbyterian Church in Lafayette on September 5, 1953. Dick became a member of Central in 1942, served as a trustee and deacon in years past and until his death was the longest-standing member of the church.

Dick and Peggy finished up their senior year and graduated from Purdue in 1954. Soon afterward, they started their family in Romney. Their three children: Beth Miller (husband-Mark) of Crawfordsville; Debra Raub (husband-Doug) of Lafayette; and Richard Douglas (wife-Jane) of West Lafayette were born within four years of each other. At the same time, Dick gave birth to Anderson Fertilizer Service in Romney in 1957. He started with a truck, a tank, and a dream, selling and delivering fertilizer to farmers in the earliest stages of the agriculture fertilizer industry. The family business has grown, along with the children, and is now the oldest privately-owned business in Romney and one of the few family fertilizer businesses still in operation. Dick and Peggy built it working side-by-side, and it is now run by their three children.

Like many men of the Greatest Generation, Dick believed in hard work, being the provider for his family, and living his life with integrity and honesty. He was incredibly generous, loyal, loving, and ornery on occasion. He was a John Purdue Club member, and past president and secretary of the Romney Lions Club. For enjoyment, he worked (!), cleaned whatever he could get his hands on, golfed, and traveled. He dearly loved cheering on his beloved Boilermakers and spending time with his family, especially his seven grandchildren: David Raub (wife-Samantha) of Lafayette, Daniel and Justin Raub of Lafayette, Chelsea and Keelin Anderson of Indianapolis, Sean Anderson (wife-Brittany) of St. Louis Park, MN, and Alex Anderson of West Lafayette who all dearly loved him in kind. Dick will be missed by all who knew and loved him.

In lieu of flowers, donations can be made to Central Presbyterian Church or St. Jude Hospital for Children. Visitation will be from 1:00 pm until the time of service at 3:00 pm on Monday at Soller-Baker Lafayette Chapel, 400 Twyckenham Blvd., Dennis Horn officiating. Interment will be at Tippecanoe Memory Gardens.