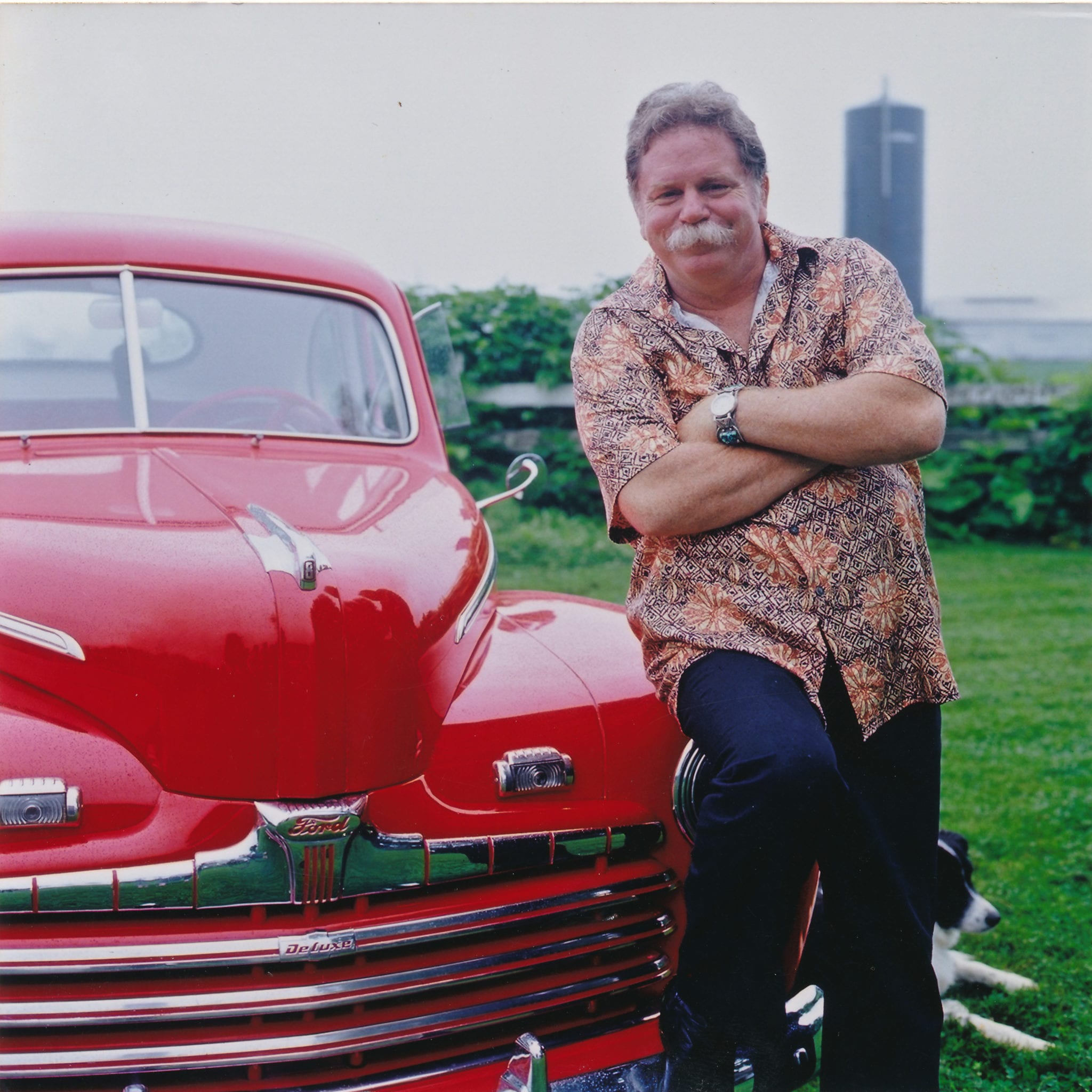 Musician, hot-rodder, and renowned scientist Richard Borgens passed away peacefully Monday, November 25, after a courageous fight against cancer. Richard, affectionately known as RB or Borgy, graduated from North Texas State University with a B.S. in 1970 and a M.S 1973. He received his Ph. D in Developmental Biology in 1977 from Purdue University. He was a post-doctoral fellow at Yale University, followed by work at the (California) Institute for Medical Research and the Jackson Laboratory in Maine. He returned to Indiana in 1982, founding the Center for Paralysis Research (CPR) at Purdue University. As director of the CPR, he was a pre-eminent researcher in his field, originally specializing in spinal cord neuronal regeneration and was instrumental in developing Ampyra, a pharmaceutical aid for multiple sclerosis.
Above almost all things, he was a lover of music and was exceptionally gifted from a young age, originally trained on classical guitar. He was in many bands over the years, most notably the Briks, a Dallas-based, local-favorite who’s single “Can You See Me” was released nationally in 1966. It was through his love of music that he was introduced to his future wife, Sandra, while auditioning singers for a country music trio; they married in 1988.
RB was an avid lover of history with a penchant for auto and antique firearm collection and restoration. His guilty pleasures included salt water aquariums, bug collecting, and an unceasing love of scary movies. His passionate, industrious, and creative work ethic and often very animated, excitable approach to life was infectious and an inspiration to those in his orbit.
He was preceded in death by his parents Clarence and Margaret Borgens. He is survived by his wife Sandra Borgens; sister Jayne Farmer; brother Robert Borgens; daughters Carey, Amy, and Gigi Borgens; step-children Josh and Abe Thompson, and Sarah Martinez; and many grandchildren.
A tribute for RB will be held at Rush Pavilion at Columbia Park, Lafayette, Indiana on Wednesday December 4th from 6:30 to 9:00 pm. You may sign the guest book and leave memories at www.soller-baker.com