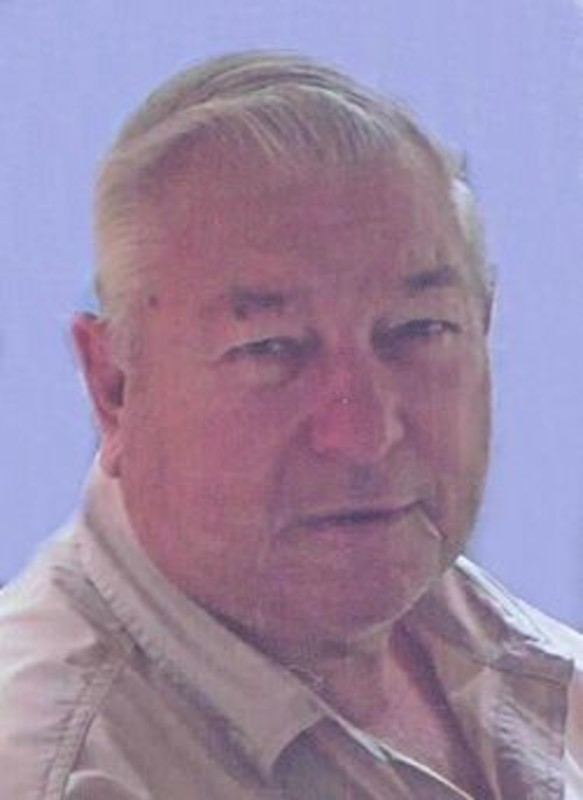 Raymond Edward “Skip” Kelly, 72, of Battle Ground, passed away at 10:35 pm Thursday, December 10, 2015 at IU Methodist Hospital in Indianapolis.
He was born April 28, 1943, in Reynolds, to the late Edward and Florence Eddy Kelly.
Raymond graduated from Reynolds High School in 1961 and On September 13, 1975 he married Barbara Reinken in West Lafayette. She survives.
He worked for 10 years as a lab supervisor at Rostone and owned Raymond Kelly Excavating in Battle Ground before retiring in 2001.
Raymond was a member of Moose Lodge 1529 and enjoyed attending flea markets, antique shows, deep sea fishing and was an avid collector.
Surviving along with his wife, Barbara are a son, Edward Kelly (wife Amy) of St. Charles, IL,
a step-son, Art Reinken (wife Laura) of Covington and his brother, Robert “Spark” Kelly (wife Joy) of Reynolds. Also surviving are five grandchildren and one great grandchild.
He was preceded in death by two brothers, Dale and Richard Kelly and a sister, Virginia Walton.
Visitation will be from 5:00 until 7:00 pm on Monday, December 14, 2015 with funeral services starting at 10:00 am on Tuesday, December 15th both at Soller-Baker West Chapel, 1184 Sagamore Parkway W. West Lafayette, IN 47906. Cheryl Oliver will be officiating. Burial will follow at Chalmers Cemetery.
Those wishing may contribute in Raymond’s name to the American Heart Association or the American Diabetes Association.