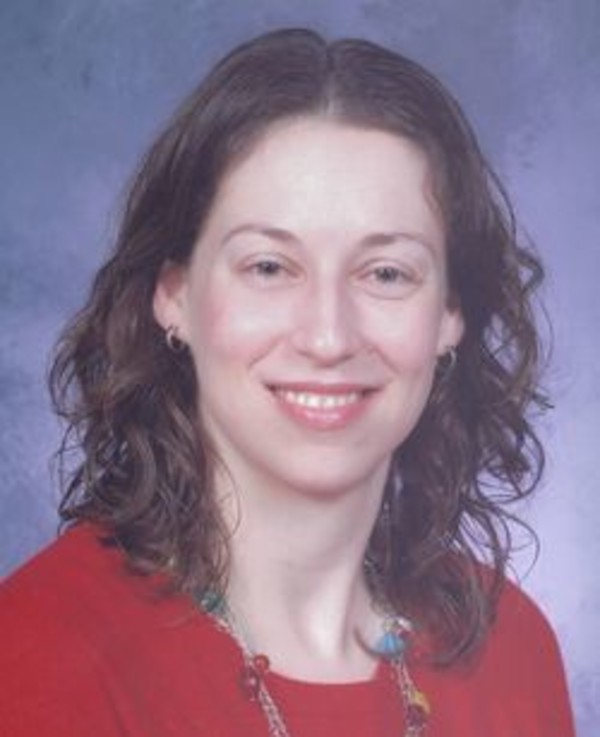 Rachel M Logan (Gligorich) of West Point, formerly of Lafayette and Granger, was called to heaven on Friday, March 6th, 2015, at 7:40 am. Rachel was born August 13th, 1980; daughter of Risto (Ralph) and Marilyn Gligorich. Rachel married Michael J. Logan on September 4th, 2004, at St. Thomas Aquinas Center. Rachel graduated from Penn High School in 1998. She studied Mechanical Engineering at Wright State University in Dayton, Ohio, where she earned her Bachelor's Degree in 2002. She then earned a Master's Degree in Mechanical Engineering at Purdue University in 2004. Rachel was employed as a Manufacturing Engineer at Federal Mogul, in Frankfort, IN. Previously she was employed by Allison Transmissions in Indianapolis, and Caterpillar in Lafayette. Rachel was also a visiting Assistant Professor at Purdue University for a year and taught as a Dept. Chair at Ivy Tech for a year. Rachel enjoyed travelling and new challenges. With Wright State University Newman Center she volunteered at St. John Bosco Orphanage in Jamaica. She spent 3 months as an Intern at Trumpf Lasers in Stuttgart, Germany. She also travelled to Mexico, Angel Falls, Venezuela, Sun Valley in Idaho, Park City, Utah, Kalispell, Montana, Mt. Hood and Mt. Bachelor in Oregon, and Mt. Banff in Canada. She loved cave diving in Live Oak, Florida and spending long full days at Disney World and Kings Island riding roller coasters. She travelled with her Mom to Maui, New Zealand and Australia for five weeks. She was an avid scuba diver and cave diver, and earned the Abe Davis Award for Safe Cave Diving. She was an accomplished downhill skier, and savored many ski trips with her Dad. Riding her horse, Orion, was her true passion as she rode English, Western, or Dressage on an almost daily basis. She enjoyed riding lessons as well as showing Orion in various venues. Aside from shows and lessons, she took Orion on trail riding adventures in many different places. In addition, she became a talented potter and enjoyed crafting many styles of pottery which were shown at local galleries as well as sold at various shows. Throughout numerous years she enjoyed caring for a variety of guinea pigs. She also volunteered with Guinea Pig Rescue. While at home, she was an avid gardener surrounding herself with flowers year round. Sunflowers were her absolute favorite, any and all varieties. She used her flowers to create the most beautiful arrangements. Rachel leaves behind her loving husband, Michael, as well as her parents Marilyn and Ralph Gligorich; Robert and Karen Logan; brother Keith M. Gligorich and his wife Ellen of Salt Lake City, UT; brother-in-law Thomas N. Logan, wife Melissa and niece Abigail of Yardley, PA; sister-in-law Melanie McCreary and husband John of Chicago, IL, and an uncle Paul Bohanek and his companion James Leparski of Palos Heights. She was known for her generous heart and will be missed by a great many people. In lieu of flowers, memorial contributions can be made to Exotic Animal Rescue and Pet Sanctuary. Our lives are but a single breath, we flower and we fade, yet all our days are in Your hands, so we return in love what love has made. Arrangements are being handled by Soller-Baker Funeral Home in Lafayette. A celebration of Rachel's life will include visitation from 5 pm to 8 pm on Monday, March 9th at the funeral home. A Funeral Mass will be celebrated at St. Thomas Aquinas Center on Tuesday evening March 10th, at 7 pm. Sunflowers were Rachel's favorite therefore visitors are asked to please bring fresh cut sunflowers.