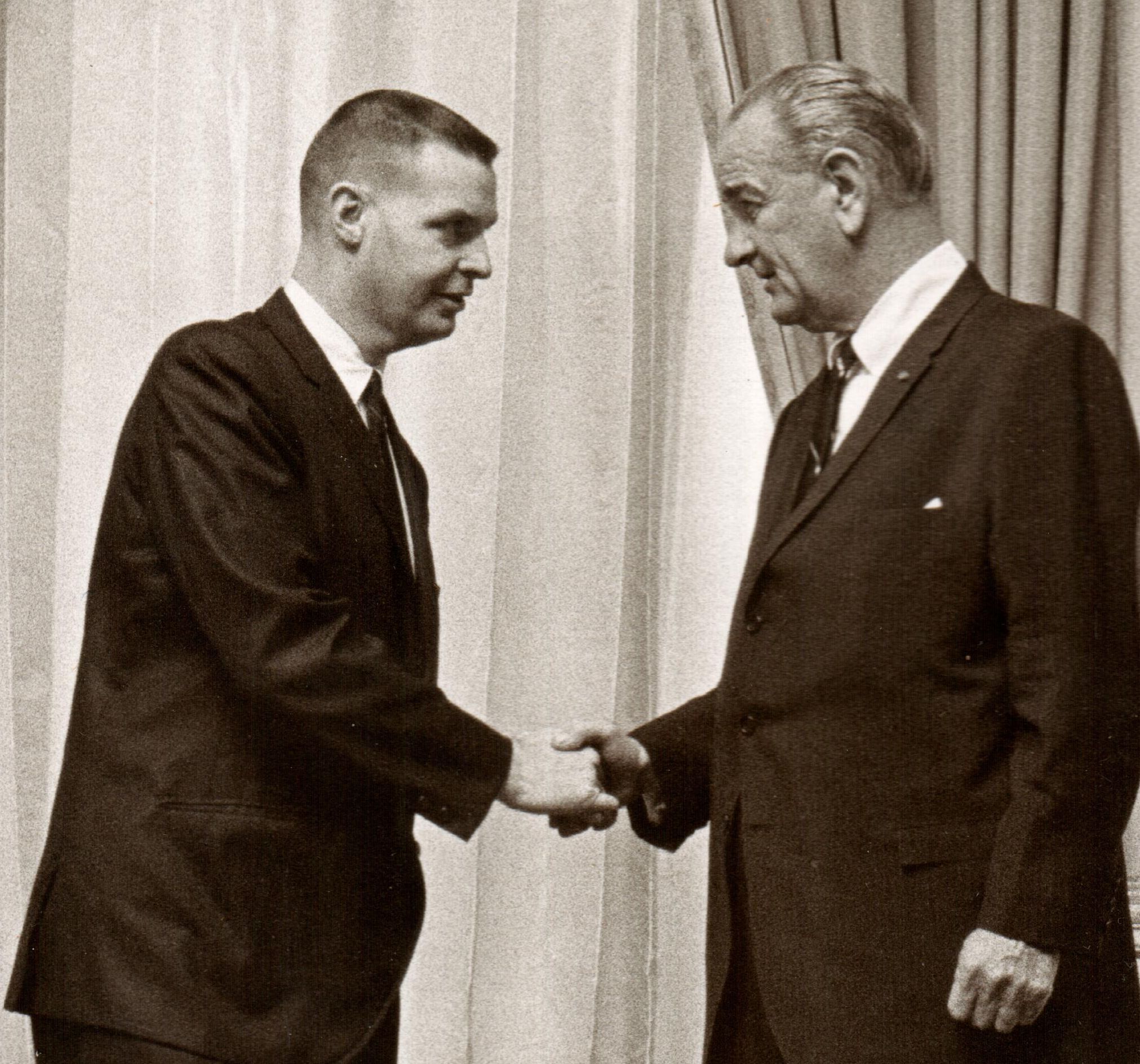 Professor Lyle L. Lloyd never joined the Corps of Discovery with Lewis & Clark. He didn’t travel to the moon with Neil Armstrong, or explore our underwater worlds like Jacques Cousteau, but he was still a pioneer. His colleagues considered him the “Father of AAC” (“Augmentative and Alternative Communication”), which uses innovative approaches to help people with severe speech impairments to communicate.

“Lyle was indeed a giant in our field. Some may argue that there is a field of AAC because there was a Lyle,” said Dr. Gloria Soto, Co-chair for the 2020 Biennial Conference of the International Society for Augmentative and Alternative Communication (ISAAC).

Lloyd passed away peacefully in his sleep from Alzheimer’s in West Lafayette, Indiana on February 12, 2020. He was 85.

While teaching at Gallaudet College for the Deaf in Washington D.C. (1966-69), Lloyd was personally honored by President Lyndon B. Johnson for his excellence in education. In 1977, after working at the National Institutes of Health (1969-77), Lloyd became a professor at Purdue University, where he became a leading force in “nonspeech communication” (the forerunner to AAC).

Lloyd attended Eastern Illinois University (1952-56), and originally wanted to be an athletic coach, but, after one of his sons was born deaf in one ear, those plans changed. Shifting gears dramatically, he earned his PhD in audiology and speech pathology from the University of Iowa, one of the nation’s top institutions in audiology, and dedicated his life to helping the Deaf and eventually people with intellectual and developmental disabilities.

As a college professor, Lloyd continued to channel his “inner Vince Lombardi” to drive his students to be the best they could be. “Lyle was more than a mentor to me, he was a father figure,” said Dr. Donald R. Fuller, colleague and co-editor of Lloyd’s last book “Principles and Practices in Augmentative and Alternative Communication,” scheduled to be published later this year.

Some students loved to be pushed and challenged, others may have resisted, but all of them benefited from the professor/coach they called “Big Daddy,” who mentored 39 doctoral students over his 34 years at Purdue University. Many of those followers are now respected leaders in the AAC community.

Lloyd was a founding member of ISAAC in 1983 and the first person to win ISAAC’s President’s Award twice; he was also a Fulbright-Hays Senior Research Scholar, a recipient of ISAAC’s Distinguished Service Award, and the senior editor (with Donald R. Fuller and Helen Arvidson) of the textbook “Augmentative and Alternative Communication: A Handbook of Principles and Practices,” a groundbreaking achievement when it was originally published in 1997.

He was awarded Honors of the American Association for Intellectual and Developmental Disabilities (AAIDD), American Speech-Language-Hearing Association (ASHA), and Division of Children with Communication Disorders of the Council for Exceptional Children (CEC).

He was elected a Fellow of AAIDD, ASHA and ISSAC. He was a founder of the United States Society for Augmentative and Alternative Communication (USSAAC) and the Indiana Chapter of USSAAC. He was the first person to be honored with the Distinguished Alumni Award from the Department of Communication Disorders at Eastern Illinois University; earned a National Institutes of Health Travel Award; published 99 articles in peer-reviewed research journals and made over 175 presentations at national and international conferences.

Lyle married Myrna Lee McDaniel on June 6, 1954 in Decatur, Illinois, and spent their honeymoon as summer camp counselors in Wisconsin. Although Myrna cherished that experience, Lyle more than made up for it by taking her all over the world during the course of his work. Lloyd earned an Honorary Doctorate from the University of Pretoria (South Africa) where he taught during the summers as a Distinguished Professor, and South Africa soon became Myrna’s favorite “happy place.” As much as Lyle was “Big Daddy” to his students, Myrna was “Mama” to many of Lyle’s students and visiting colleagues. She preceded Lyle in death in 2008.

Born in St. Louis on August 10, 1934 to Alvis Elmo Hinton Lloyd and Margaret Helen Swoboda Lloyd, Lyle attended St. Jacob High School in Illinois where a plaque memorialized his .640 batting average his senior year and his record number of homeruns, a pair of feats that should last forever because the school was demolished and the plaque was lost.

Lloyd is survived by sons Gregory Scott Lloyd (Kristin Lloyd), a construction manager in D.C., and David Andrew Lloyd, a Hollywood screenwriter. He is also survived by granddaughter, Kaitlin Lloyd.

He lost his youngest son and favorite golfing buddy, Steven Daniel Lloyd, in 2015; and was preceded in death by a sister Edna Elmo “Mitzi”Lloyd Turner and her husband Clinton, his older brother Alvis Elmo Hinton Lloyd Jr. and his wife Ruth Jeanette Barbier Lloyd.

Aside from golf, Lloyd loved to travel and took pride in his ability to pack three suitcases worth of clothes neatly into one carry on. He also loved reruns of M*A*S*H, butter pecan ice cream and his St. Louis Browns, even during the lean years which occurred almost every season.  Service will be held in July.

In lieu of flowers, the family asks that donations be sent to the Purdue Foundation, 403 W. Wood Street, W. Lafayette, IN 47906. Please put “SLHS Alumni and Friends Scholarships” in the memo line of the check, so “Big Daddy” may continue to inspire young students with grants and scholarships.

Although Professor Lloyd has departed from the physical world, he left behind a loving family and a long list of dedicated disciples anxious to continue his legacy in AAC and help the world hear and speak.