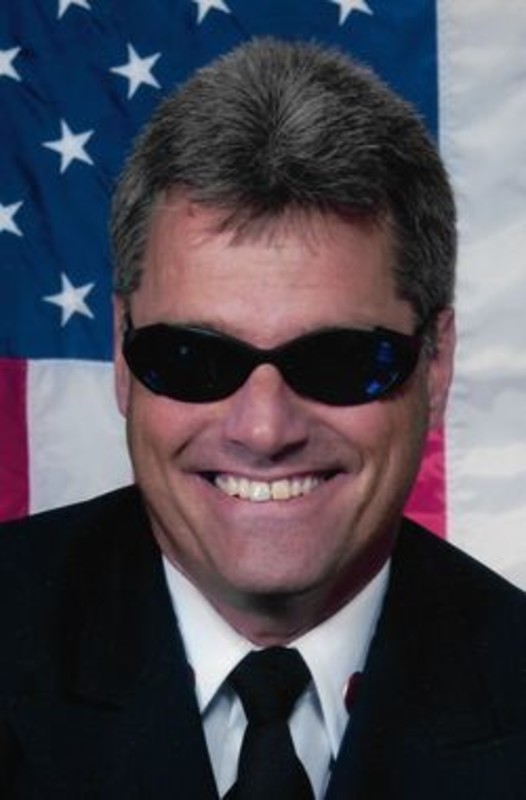 Flip was born August 25th, 1953 in Kansas City, MO to Olindo and Helen (Duggan) Di Fabio. The Di Fabio family moved to West Lafayette in 1967. Flip graduated from West Lafayette High school in 1972. He enlisted in the Army in 1973. He completed a tour in South Korea and was honorably discharged in 1975. He is survived by his wife of 34 years Rebecca “Becky” Vanderveen . Flip’s employment in the Lafayette Fire Department began in 1982, and he served until his premature retirement as sergeant in 2010. He proudly served Lafayette for over 28 years.

Flip is a hero to many, especially his wife Peaches and two sons. He made a lasting impression on everyone he met and was loved by all. In true Di Fabio fashion, he never met a stranger. Flip would be the first person to offer help in a time of need. He was so full of love, life, and happiness. He enjoyed spending time with his oldest son, Anthony, on the tennis court and his youngest son, Philip, hunting in the woods. He had a great appreciation for nature and treated it with respect. He was also a fierce competitor, and he loved to play sports with his sons and all of their friends. He was the boy’s number one supporter, but he would be the first to yell “Airball” if they had a poor shot. This was a testament to his playful personality. Flip was also a natural dog whisperer, and he loved all the dogs in his family’s home over the years. He will remain the light of our lives and his absence leaves a void for his family and friends alike.

In lieu of flowers, please consider donating to Natalie’s Second Chance No Kill Dog Shelter or the Alzheimer’s Association in loving memory of Flip.