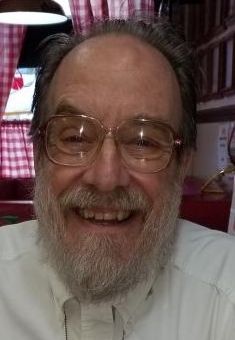 Peter Shambaugh Rosi MD, 84, of Lafayette, passed away on Thursday, March 25, 2021 at Mulberry Health and Retirement Community in Mulberry, IN

He was born March 4, 1937, in Chicago, IL, to the late Alcide Louis and Barbara (Shambaugh) Rosi.  He grew up in Chicago, while spending summers with family in Old Mission, MI.  Peter graduated from Morgan Park Military Academy before attending Swarthmore College in PA.  He received his Doctorate from the University of Chicago.

Peter married his first wife, Charlotte, in 1960.  They had 5 children together and adopted 4 brothers.

In 1970, Peter moved to Alaska and opened his own practice.  While there, he met his late wife, Leone Marilyn Edwards.  They remained married for over 30 years.  She preceded him in death on October 13, 2018.

Peter was a Medical Doctor, specializing in home births for over 50 years before retiring.  He was passionate about this calling and was proud to have assisted thousands of mothers give natural birth at home.

With his love of history and the church, Peter was an avid reader.  He and Marilyn also enjoyed traveling together, and visited many monastaries around the world.

Peter was preceded in death by a son, Bob Stephan, and a grandson, Ben Rosi.

Visitation will be from 10:00 am until the time of the service at 11:00 am on Thursday, April 1, 2021 at Soller- Baker Funeral Home,  400 Twyckenham Blvd. Lafayette, with Fr. Gregory Allard officiating.  Interment will follow at Elmwood Cemetery in Romney, IN.

Memorial contributions may be made to: St. Alexis Orthodox Church