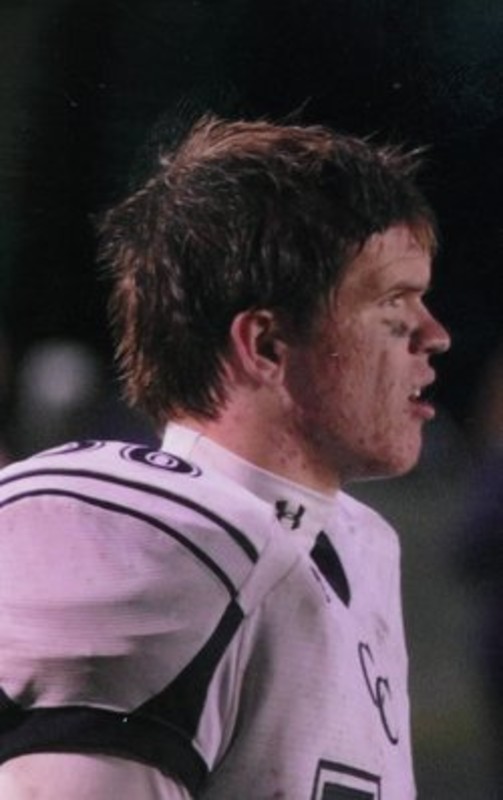 Patrick G. Mackey, 19, of Lafayette, IN, died at 7:14 PM Sunday December 15, 2013 at Riley Hospital For Children following complications in his battle with Leukemia. He was born September 21, 1994, in Lafayette, Indiana, to Joseph W. and Tami J. Gullion Mackey. Patrick graduated from Lafayette Central Catholic in May 2013. He was a Captain of the 2012 State Championship football team, a 2 time football Griddy award recipient and a National Football Foundation Award recipient. Patrick was a member of the track and field team and a 3 time Indiana Mock Trial Association Award winner. He was a lifelong parishioner of St Mary's Cathedral. Surviving along with his parents are brother, Connor D. (companion Nazanin Soleimany) Mackey of Lafayette, IN, maternal grandparents, Patricia and Jim Raher of Dayton, IN, and Toni (spouse Roy) Jessee of West Lafayette, IN, and paternal grandparents Robert and Margaret Greene of Dayton, IN. Surviving Aunts and Uncles include David W. (spouse Cathy Bedrick) Gullion of Chicago, IL, Maureen (spouse Robert) Sutherlin of Virginia, Bridget (spouse Timothy) Beyer of Texas, Kevin Mackey of England, Christopher (spouse Brenda) Mackey of Colfax, IN, Brendan Mackey of Florida, Mary (spouse David) Bull of Noblesville, IN and numerous cousins. Visitation will be Thursday, December 19, 2013 at Lafayette Central Catholic High School from 3:00 until 8:00pm.Funeral Mass will be celebrated at St. Mary's Cathedral at 10:00 am on Friday, December 20, 2013.Burial will be at St. Mary's Cemetery immediately following Mass. Preceded in death by his sister Claire E. Mackey; maternal grandfather David L. Gullion and paternal grandparents Joseph A. and Margaret M. Mackey.In lieu of flowers, those wishing may contribute to the Riley Children's Foundation or Lafayette Catholic Schools (Claire Mackey Scholarship Fund).