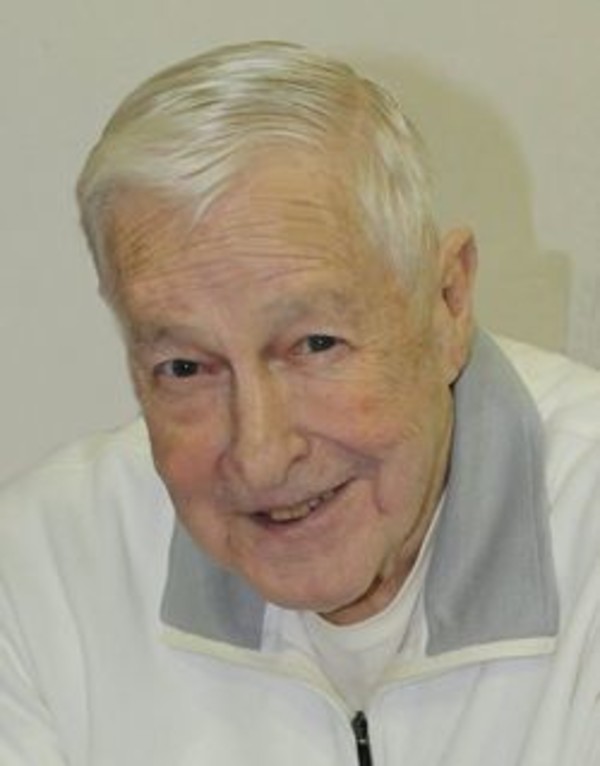 Oliver P. “Ollie” Lange, 83, of Lafayette, passed away at 5:52 pm Monday, April 25, 2016 at one of his favorite places, his cottage on the river from heart complications.
He was born June 3, 1932, in Lafayette, to the late Frank and Cecelia (Higman) Lange.
After graduating from West Lafayette High School in 1950 Ollie served in the United States Army from January 17, 1952 to December 21, 1953.
On October 5, 1968 he married Barbara Crowell in Lafayette and she survives.
Ollie retired from Green Giant in 1987 after 15 years. Before working at Green Giant he worked for Southworth’s Bookstore. After retiring he worked at Kaman Bearing, Indiana Packers and Regions Bank.
He was a member of American Legion Post #11, VFW Post #1154, Eagles Lodge 347 and the Elks Lodge # 143, where he served as past Exalted Ruler. Ollie enjoyed watching sports particularly Purdue, Cubs, Colts and Pacers as well as NASCAR and Tony Stewart. While at West Lafayette High School, Ollie excelled at Sports playing Varsity in Both Football and Basketball. He was featured in the “Sports Flashback # 454 where are they now” and was quoted as saying his most memoriable time was “beating Jefferson High School in football his Junior year with the game being played at Ross Ade Stadium with 9,000 in attendance.”
Surviving along with his wife is his daughter, Laura Lange of Lafayette and a brother, Harold Lange (wife Lucille) of Lafayette.
He was preceded in death by a son, Ronald Lange, a brother, Robert Lange and a sister, Dorothy Conrad.
Visitation will be from 1:00 pm until the time of the service at 2:00 pm Saturday, April 30, 2016 at Soller-Baker West Chapel 1184 Sagamore Parkway W. West Lafayette, IN 47906. Burial will follow at Tippecanoe Memory Gardens.
Those wishing may contribute to the Gold Star Mothers for the Honor Flight at PO Box 275 Lafayette, IN 47902 or Almost Home Humane Society at 1705 S. 2nd St. Lafayette, IN 47905.