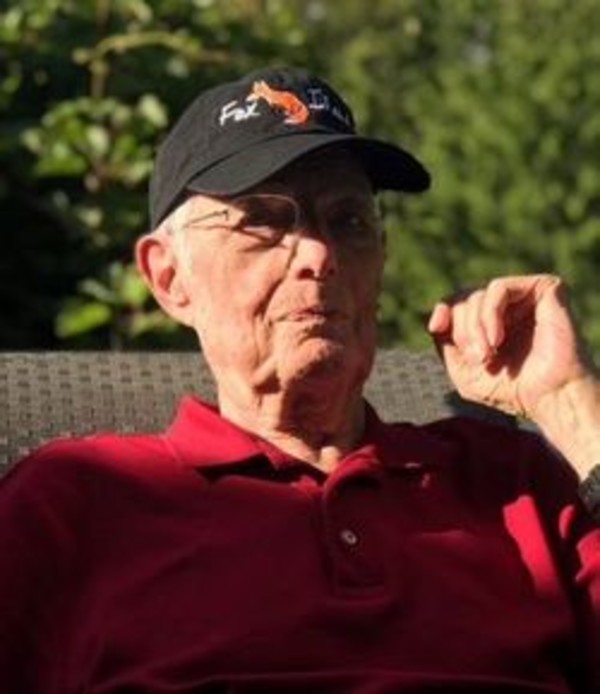 Noble worked for Sears Roebuck for 35+ years. He began his career here in West Lafayette as a store manager working his way through the company eventually acting as lobbyist on behalf of Sears and the National Retail Federation. He spent a year in Washington DC as Vice President in charge of Veteran’s Affairs for the National Alliance of Businessmen.  As a young man, he spent 2 years in the Army at Fort Huachuca decipering and sharing messages via morse code.  He was a graduate of Indiana University; however he spent his first two years at Purdue University which he considered his Alma Mater.

Noble was in all respects one of the biggest fans of the Purdue Boilermakers. His father, Noble Kizer was a football coach during the 1930’s and Athletic Director until his death in 1940.  Noble kept the Kizer tradition alive, representing his Dad at almost every football game up until his passing. He also had the honor of putting the “P” on the oaken bucket each year Purdue was victorious over IU.  He was looking forward to the 2018 season, cheering on the team to victory!

Perhaps Noble’s greatest achievement of all was the legacy he gained from his father and passed on to his daughters, grandchildren, great grandson and friends. He was compassionate, honest, generous and loving. He taught us all what it was to be “noble.” Even as he faced down pancreatic cancer these past 8 months, he did so with courage and honor. Just like his Father, he leaves a lasting impression on us all. It seems only fitting that the quote from his Father’s obituary written in 1940 by the late Arch Ward be shared today. It so aptly fit Noble’s father and his son, Noble Kizer whose passing we mourn but whose life we celebrate. “But it is a pleasant assignment to tell how decent he was, how fair his estimate of men, how wholesome his judgment of sports, how numerous his friends, and how non-existent his enemies. Although he had not had a good night’s rest in many weeks, nobody heard him complain of ill health or ill luck. He lived up to his name. He was noble to the end.”