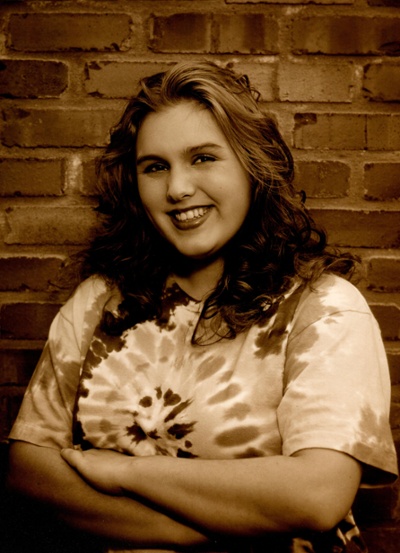 On August 18th of 2001, Nicki married Joe Eavey and together they have one son, Aidan Christopher Eavey.  Joe and Nicki divorced.  On June 16th, 2012 Nicki married Danny Parmley and they have two daughters, Quinn Kathrine and Sawyer Mae Parmley.

Nicki began to shine as soon as she came into this world.  A young Nicki was the runner up for Miss Christmas in the Lafayette Christmas Parade.  She excelled academically and was in Junior Achievement as well as being nominated for Who’s Who Among American Students.  Clearly, intellectually gifted, Nicki’s luminosity was not limited to her studies, she had a heart for all of humanity and an affinity for music.  She enjoyed girl scouting, she played on the softball and basketball teams, and played the trumpet in the marching band.  A member of McCutcheon’s class of ‘99, she later attended Harrison College, earning her Medical Assisting degree in 2011.

Nicki’s quick wit and way with people made her a smart match to work in both automobile and insurance sales.  More recently she worked as a warehouse associate.  Her brilliance and passion made her a particularly shrewd debater, and while working in the warehouse, she was elected among her fellow employees to represent their interests in disputes with management.

Motherhood was Nicki’s true occupation and with the birth of each of her children, she became everything she was, only more so.  She lived for nights out at softball, basketball and football games almost as much as family vacations to the beach.  These and other pastimes were always set against an infinite playlist.  Nary a song exists that Nicki could not have sung every word along with.  On quieter occasions, she would have been found crocheting a unique and beautiful gift for a loved one.  Some may recall with a grin, the time Nicki’s penchant for rebuttal lead to her swift ejection from a Facebook group dedicated to the hobby.

If you were fortunate enough to have known Nicki, then you no doubt carry a piece of her light with you still, as Nicki’s light shown so resplendently into the depths of everyone she ever encountered, her very presence could incite even strangers to begin to shine as brightly as she always did.  This was largely accomplished with her unrestrained sense of humor.  Her laughter was quite the contagion, the affliction being a good time had by all.  It has been a real good time Nicki.  We miss you so.

Visitation will be Tuesday June 11, 2019 from 5-8pm at Soller-Baker Funeral Home, Lafayette Chapel. Service Wednesday June 12, 2019 at 10:00am Lafayette Chapel. Private inurnment at Meadow View Cemetery. You may sign the guest book and leave memories at www.soller-baker.com