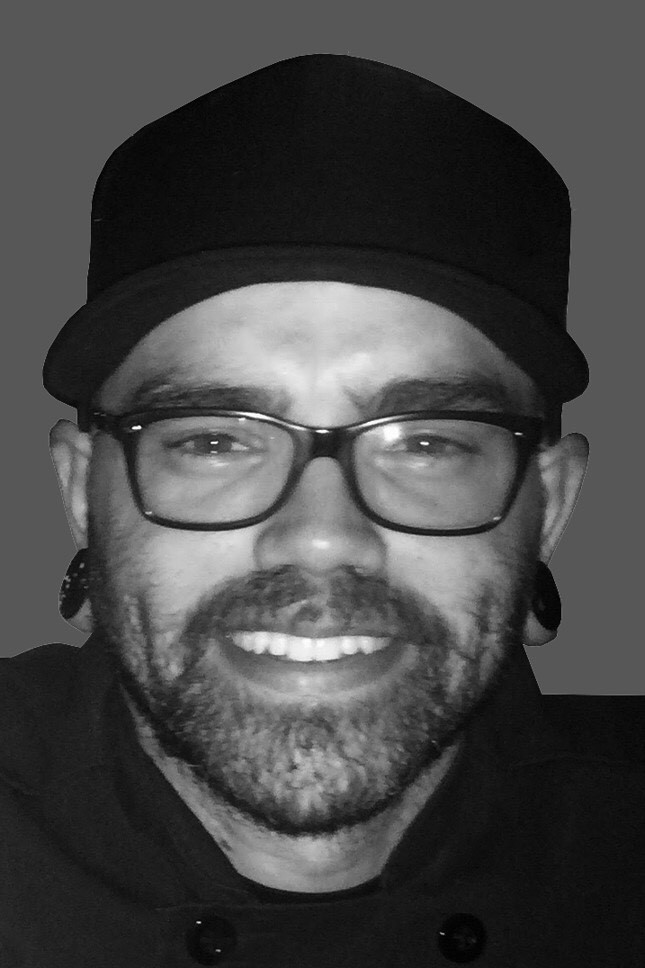 Nicholas Jae Burroughs, 34, of Lafayette, vanquished Spindle Cell Sarcoma with one final dropkick on Saturday, October 12, 2019 at his home in the arms of the women he loved. He kept up his spirits until the end. He never complained. Not once. The cancer never took his will to live, not even in his last moments. He gave it his all. He left on his own terms with dignity, courage and resolve.
Nick was born in Lafayette on October 7, 1985 to the late Carolyn (Robbins) Bhatti. He graduated from Attica JR-SR High School in 2004. He went on to achieve a Bachelor’s degree in Culinary Science and a Masters in Baking from the International Culinary Schools at the Art Institute of Indianapolis.
Nicholas was an Executive Chef at multiple restaurants including some in Lafayette, Indianapolis and Chicago. His hard work and natural talent propelled these restaurants to the top of the J&C Readers’ Choice Awards, the Indianapolis Star’s top Sushi restaurant and Open Table’s top searched restaurant award. In 2016 GQ magazine chose his restaurant as the top destination in Indiana and published a small feature regarding him and his creations. Nick had a passion for creating art from his food; with the plate as a canvass and a chef’s knife his brush.
Nick was a skilled artist with a chef’s knife, an ink pen or a can of spray paint. He was a dreamer who was always reaching for the next goal and never gave up. Being a stoic man, he had an amazing ability to remain calm and communicate respectfully. He was caring, thoughtful and full of positivity. He continues to be an inspiration to those who knew him and his story.
Nick shared his home with at least one rescued pet, usually more, his entire life. He loved telling his story through the ink on his body. His absolute favorite holiday was Halloween. He was a bladesmith and had an impeccable knife collection. He had an affinity for building and riding fixed gear cycles. His happy place was going to watch his favorite Metalcore/Post-hardcore bands perform live or hanging out in a tattoo shop. He loved baseball, the Baltimore Orioles and the Chicago White Sox, Robocop and Batman, horror movies and a good thunderstorm. Most of all, he loved spending time at home with Mary Beth.
Surviving are his partner Mary Beth Verdone and his siblings Jami Letson Cooper (Brother in law: Mark) and Rusty Long all of Lafayette. Also surviving are Nick’s chosen son Michael Verdone of Noblesville, his nephew Maddox Cooper, his grandfather Jay Capper both of Lafayette; as well as those he has inherited including the Long family and his best friends.
Nicholas was preceded in death by his mother Carolyn (Robbins) Bhatti and his grandmother Betty (Simison) Capper.
Nick’s final words to the world are to “be good to one another and the Earth. Keep your heart full, your mind open and keep fighting the good fight!”

On Thursday October 24th there will be a visitation from 6-7 p.m. followed by a Memorial service from 7-8 p.m. Visitation will continue following the service until 9 p.m. These services will be held at the Rat Pak Venue located at 102 N 3rd St, Lafayette. A private interment and tree planting will be held Friday October 25th at Old Union Cemetery honoring Nick’s wishes to continue the cycle of life and be good to the Earth.
Memorial contributions can be made in Nick’s name to the Community Cancer Network or by planting a tree of your own honoring Nick’s wishes.