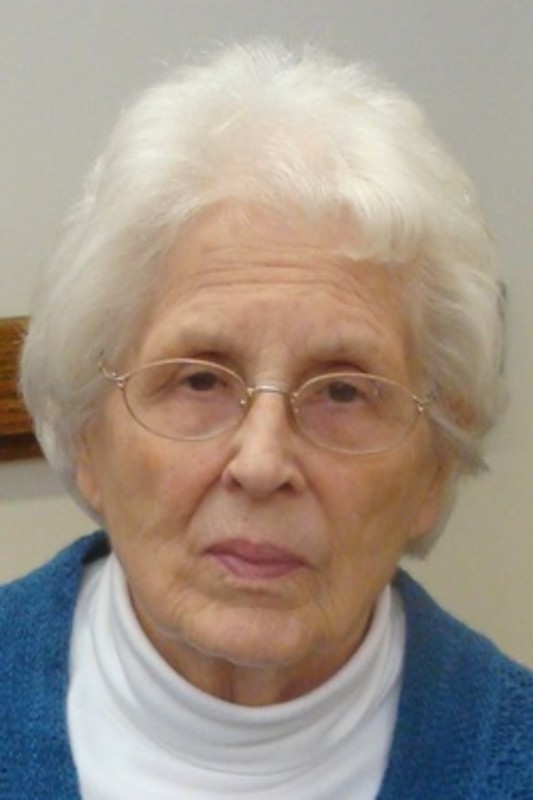 Newell Denny Manwaring died January 7, 2014 at Westminster Village, West Lafayette, with family at her side. Born April 18, 1924, to Lura and James Denny of Mount Vernon, IL. She was married to Charles W. Manwaring for 61 years before he died in May 2007. Newell was a WAC Medical Technician during World War II. After the war she trained as a beautician and owned and operated Newell's Beauty Shop for fifteen years. She and her husband moved to Connersville, in 1948 and resided there until she moved to West Lafayette, in 2009. She was an active member at Connersville's First United Methodist Church where she served as chair or president of the Board of Trustees, United Methodist Women and the Tasty Luncheon. She also held offices in the Friends of the Fayette County Public Library, Fayette County Republican Women, Connersville Culture Club and Pleasant Hour Home Economics Club. In 1999 she was voted Fayette County's Woman of the Year of the Indiana Federation of Republican Women. Upon moving to West Lafayette she attended Trinity United Methodist Church. She is survived by her daughters JoAnn Arnold (Rev. Paul) of Lafayette and Kathleen Manwaring of West Lafayette a son James Manwaring (Mary) of Aurora, IL. She has four grandchildren Erin Arnold (Pete Ruest), Chicago, IL; Joshua Arnold (Ashley), New York, NY; Sarah Scheifele (Jeremy), St. Charles, IL; and Scott Manwaring, South Bend; two great-grandchildren Alexander Arnold Ruest and Dylan Scheifele. She is survived by her two sisters Ula Dare, Mount Vernon, IL and Hazel Kraft, Chester, IL and four nieces and nephews. A memorial service will be held 12:00 p.m., Saturday, January 18, 2014 at First United Methodist Church, Connersville. Interment will be in Dale Cemetery, Connersville. Visitation will be held 2:00 to 3:00 p.m., Sunday, January 19, 2014 at Trinity United Methodist Church, Lafayette. Memorial contributions can be made in her honor to Purdue Foundation Kathleen Manwaring Scholarship Endowment (017824), a scholarship in memory of Charles and Newell Manwaring.