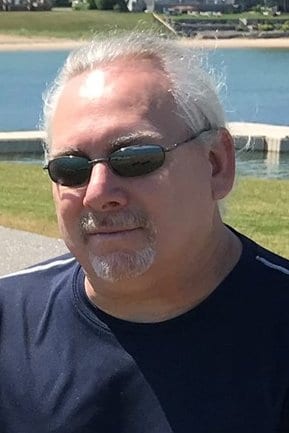 Service will be at a later date.

Gordon Paul Somerville, 60, passed away at his residence in Lafayette on April 10, 2020. Gordon was a beloved father and a son, a brother, an uncle and a very dear friend to many.  Gordon was born on March 2nd, 1960, to Ronald and Joyce (Crowe) Somerville in Ann Arbor, Michigan.  Gordon graduated from Harrison High School and from Purdue University with a Bachelor of Science degree in Organizational Leadership and Supervision.  Gordon worked in sales as an Electronics Specialist at Sears in West Lafayette while completing his undergraduate studies. After earning his degree, Gordon worked for nearly twenty years with HH Gregg Electronic Superstores as an Operations Manager. Gordon was the go-to Ops Manager for HH Gregg, being assigned to problem stores and fixing personnel and inventory issues while helping to establish more professional and effective processes. Gordon was truly a free spirit. He travelled a lot when he was a young man and resided in California for a few years before returning to Indiana to complete his education. Gordon loved music, and he was especially fond of attending live performances. He travelled across the Midwest with friends to see his favorite bands, including the Grateful Dead. Gordon was also an avid Cubs baseball and Purdue basketball and football fan.  Going to Wrigley Field to watch the Cubs and following the Boilermakers on their March Madness runs were favorite pastimes. Travelling to Pasadena with his family to watch the Boilermakers play in the 2000 Rose Bowl Football Game and watching the Cubs win the 2016 World Series were among his cherished sports memories. Gordon was a loyal friend to many, and those that knew him appreciated his kindness and generosity.

Gordon is survived by his beloved son, Seth Raymond Somerville. Despite experiencing health problems during the past few years, Gordon truly loved Seth and his thoughts were never far from him.  Gordon was preceded in death by his father Ronald and his sister Vivienne. He is also survived by his mother Joyce, his sister Victoria Giese (Tom), his brothers Gregory (Melissa), Kenneth (Tracy), and Daniel, his niece Erin, and nephews Ian, Nate, Ben, Grant, and Henry.

Gordon was an especially kind and generous person, and everyone who knew him recognized this quality. He was dearly loved and will be missed by his family and friends. A Celebration of Life for Gordon Somerville will be held in the coming months, as soon as the current social distancing guidelines are relaxed, allowing for friends to gather and share their memories of Gordon’s life.

Service will be at a later date.