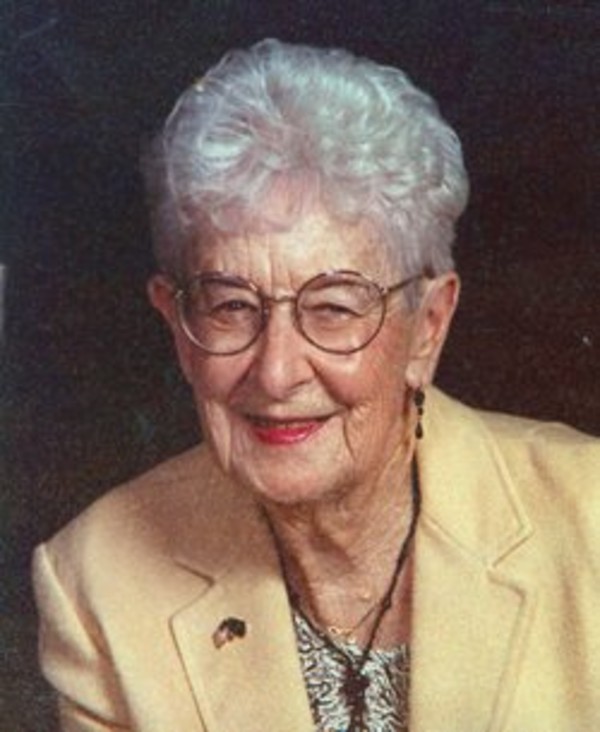 Mildred R. Troyer, 95, of West Lafayette, IN, died at 10:35 AM Friday July 24, 2015 at Cumberland Pointe Health Campus. She was born October 18, 1919, in Corydon, IN, to Guy H. and Lillie Gleitz Hess. She had four brothers, George, John, Lewis and Paul and two sisters, Helen and Jean. Her parents and her siblings preceded her in death. She graduated from Corydon High School in 1937. She received an associate degree from Louisville Business College in Louisville, KY. On September 26, 1942 she married D. Robert Troyer in Corydon. Bob preceded her in death on June 6, 2009. She worked for 26 years as a documentalist for Thermophysical Properties Research Center at Purdue University. For 20 years following their retirement, they enjoyed spending winters in Gainesville, FL where they enjoyed travelling to visit friends and most of all, golfing year round. Mildred was an avid golfer at the Lafayette Elks Country Club and the Purdue University courses. During her 40+ years of golfing, Mildred recorded three holes-in-one, all at the Elks. She also enjoyed knitting and spending time with her grandchildren and great grandchildren. Surviving are a son Robert J. Troyer (Diane E.) and a daughter, Juleyan H. Troyer Ness (Terry L.), both of West Lafayette, IN. Also surviving are six grandchildren, Elizabeth Troyer Moxon (Michael), Catherine Troyer Briscoe (John), Eric Ness (Emily), Drew Troyer (Kelly), Kevin Ness and Sarah Troyer Prochot (Joe) and eight great grandchildren, Amanda and Griffin Moxon, Anna, Lauren and Will Briscoe, and Ellie, Will and James Ness. Visitation will be at Soller-Baker West Lafayette Chapel from 5:00 to 7:00 PM on Sunday, July 26, 2015. Funeral Service will be at 10:00 AM Monday, July 27, 2015 at First United Methodist Church, in West Lafayette with Rev. Dr. J. Philip Klinger officiating. Burial will be at Tippecanoe Memory Gardens in West Lafayette. Those wishing may contribute to the First United Methodist Church of West Lafayette or the West Lafayette Community School Education Foundation.