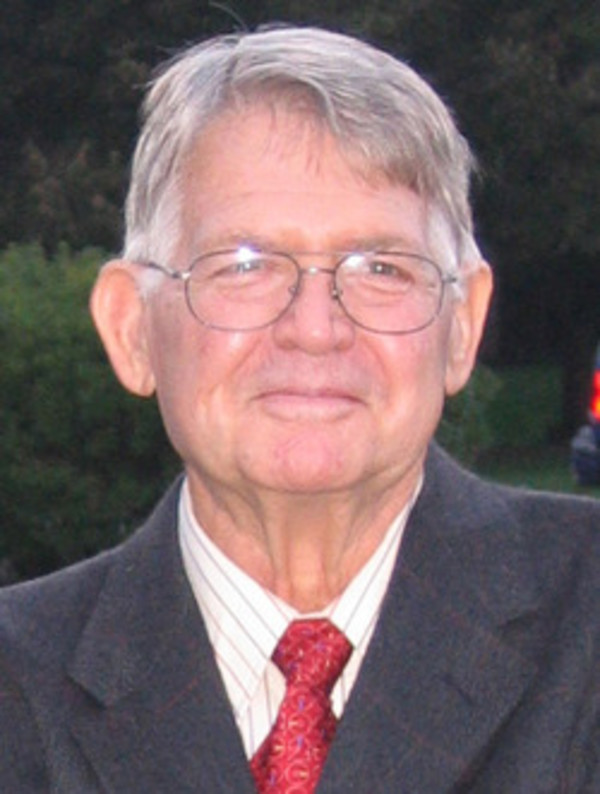 Merrill Arthur Ross, Jr., 81, of West Lafayette, passed away in his sleep on Friday, February 3, 2017 at his home.   He was born June 2, 1935 in Montrose, Colorado to Merrill Arthur Ross and Juanita (McAferty) Ross.
Merrill grew up on the family farm near Olathe, CO.  He graduated from Colorado State University (Colorado A&M at the time) with a B.S. degree in Agronomy (1957), and an M.S. (1959) and Ph.D. in Plant Physiology (1965).  By the time he graduated he had taught an introductory course in Weed Control and conducted weed research in turf, horticultural crops, and agronomic crops.
In 1965 he was appointed assistant professor in the Department of Botany and Plant Pathology at Purdue University.  His research area was in weed control, with a specialty in the control of perennial weeds (particularly johnsongrass and Canada thistle) in corn and soybeans.  Originally assigned extension and applied research responsibilities, his duties gradually shifted to teaching and research.  The major thrust of his efforts through the years was dedicated to educating students, the general public, extension educators, crop consultants, growers, and ag industry professionals on weed science principles and practices and how they could be effectively applied to solving weed problems in Indiana.  He was promoted to Full Professor in 1974.
He taught Introductory Weed Science for 57 semesters (1971-2001) to approximately 3000 students. His involvement with field research and as an extension specialist gave him first-hand knowledge of real-life, practical weed control situations and the ability to clearly relate these experiences to both degree-oriented and short course students.  He and Dr. Carole Lembi  (his wife and colleague) co-authored Applied Weed Science, a textbook first published in 1985 and revised twice. He was active in undergraduate club activities, and he is listed in Purdue’s Great Book of Teachers.  In 1992 he was presented with the Weed Science Society of America Outstanding Teacher Award.  In 1993, he was named an honorary member of the North Central Weed Science Society of America.
On October 25, 1973 he married Carole A. Lembi, and she survives.  He retired from Purdue on December 31, 2001. His interests included fishing, gardening, traveling with Carole and the family, and plowing out their road with his tractor.  He loved sports, particularly Purdue football and women’s basketball, but he also enjoyed college and NFL football, March Madness, and NASCAR.
He was pre-deceased by his brother (Darrell D. Ross) and one son (Gregory S. Ross).  He is survived by his children Curt (Laurie) Ross (Remington, IN), Karen Buchholz (Lafayette), Bryan (Emilia Chaffee) Ross (Westerville, OH), and Brenda Ross (West Lafayette); six grandchildren (Kirstin and Kevin Ross, Brian (Heather) Buchholz, Jennifer (Greg) Hamilton, and Chad and Zachary (Nona) Pitts); eight great-grandchildren (the youngest being 5-month-old Sadie Hamilton); ex-wife Katherine Ross; sister-in-law Judy Dalla; nieces Tammy, Teri, Janet, and Stephanie and their families; and second cousins Nicole Lumsden and Lezlee Cox and their families.  He loved Carole’s two birth daughters as his own: Tina (Jody) Landrum (Smyrna, TN) and Ashley Steffens (Athens, GA) and their children.  He considered some of the women in his life as cherished friends:  Ruth Brown, Lillian Lopez, and Huguette Bourgery.
Merrill and his family are grateful for the care givers and support group members who helped him during his illness with Parkinson’s disease.  They include members and leaders of the LAMP group at the Franciscan Physical Therapy Clinic; faculty and staff in the Department of Speech, Language, and Hearing Sciences at Purdue University; Doug Doll at IU Health; and Dr. Griffith and Kristi at the Franciscan Wound Center.  Memorial donations in his name may be made to the Parkinson’s Disease Foundation.
Merrill (and his nieces) still owned the farm where he grew up near Olathe, Colorado.  Other than fishing in Canada, his favorite pastime was to stay at the farmhouse in Olathe, host children and grandchildren, and fish the streams and lakes of the San Juan Mountains and Grand Mesa.  He will be forever missed.