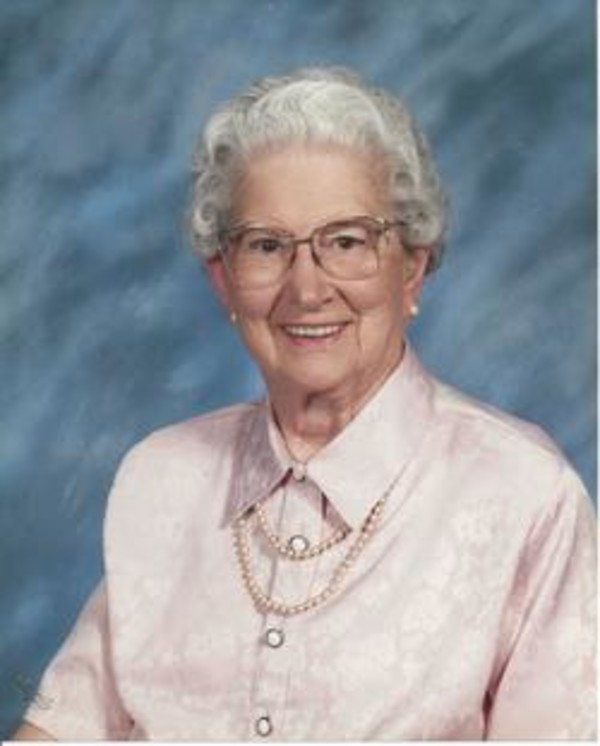 Melda M. Warner, 97, of West Lafayette, IN, passed away at 4:50 PM Sunday, November 1, 2015 at Westminster Village. She was born November 11, 1917, in DeSoto, IN to the late James and Zettie Wilkinson Needler. Melda graduated from DeSoto High School in 1936 and entered Amber's Beauty School and was a member of its first graduating class. She owned and operated the Duart Beauty Shop in Farmland, IN until her marriage to Cecil F, Warner on December 27, 1939. He passed away December 8, 2005. They resided in Bethlehem, PA, where he worked on his Master's Degree. Melda taught a Sunday school class at the Wesley Methodist Church and was superintendent of the youth Department. She attended the Bethlehem Business College and was an active member of the Lehigh University Women's Club. Returning to West Lafayette in 1942 she joined and was active in many areas of First United Methodist Church including United Methodist Women, Superintendent of Primary Department, Commission on Membership and Evangelism, President of Board of Trustees, Co-President of United Methodist Women, Chairman of Lights & Sound in the new sanctuary, 35 years volunteering at the Thrift Shop, Chairman of Mary Martha Circle, Secretary at the church, then volunteered at Habitat for Humanity and Home Hospital Gift Shop. Melda was a member of Home Hospital Auxiliary, Friends of West Lafayette Library, Purdue Women's Club and was a driver for the American Cancer Society. In 1936 she was the winner of the Delaware County Dramatic Contest, 1964 Woman of the Year for United Methodist Women, Special Mission Recognition, 1987, along with her husband was awarded The Rose for outstanding contributions to First United Methodist Church. In 2006, Melda was presented the “Outside Westminster Village” Volunteering Award. Melda worked six years as a secretary in the Budget Office and Electrical Engineering Office, retiring in May of 1981. Melda's family includes a son Robert E. Warner who passed away on April 2, 1981, his wife Donna (Baumgartner) Warner was very much loved by us and is very much a part of our family as is her husband Mark Stodgell. Their two children are: Montana Marie Warner and Rory Warner Stodgell, a son, James B. Warner and wife Rita (Johnson) Warner of Greenback, TN, their children: Joy Strejcek (Husband James), and Kelli Warner (Husband Carlos), her two sons Louis Patrick Brandon and James Fischer Brandon. She is preceded in death by three sisters, Madonna, Christine, and Martha and two brothers, Clarence and Delbert. Visitation will be from 10:00 am until the time of the Memorial Service at 11:00 am on Thursday, November 5, 2015 at First United Methodist Church, West Lafayette, IN with Rev Dr. J. Phillip Klinger and Rev. Craig LaSuer officiating. Those wishing may contribute in Melda's name to the First United Methodist Church's Building Fund or Foundation, or Habitat for Humanity.