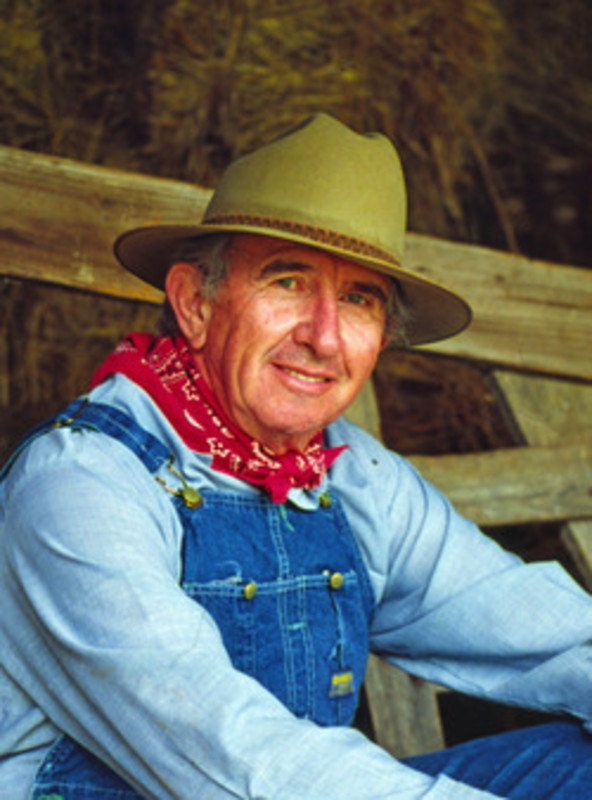 Age 91 of West Lafayette passed away on January 30, at IU Arnett Hospital after fighting cancer invasion since last August. Born on June 21, 1925 on the livestock farm near the quaint town of Economy.  IN to Wayne and Zelma Wilson Williamson.  He spent his youth milking cows, 4-H, and shooting baskets.

After graduation from Economy High School in 1943, he served in the Navy Medical Corp until 1946.  As one of the recipient of the GI Bill he entered Purdue in the School of Agriculture.   During this time he would be the editor of the “The Purdue Agriculturalist “and a member of the Reamer Club, the Varsity Glee Club and Alpha Zeta and several others.  Before his Junior year, on 8-8-48 he married June Eloff of Fountain City.  He graduated in 1950 with Highest Distinction. After graduation he took his family back to the farm in Wayne County, but soon found he was too social to spend all his time with cows and tractors.  So deciding to return to Purdue in 1953 to earn an advanced degree, found that that the position of Executive Secretary of the Ag Alumni Association was available and accepted it.  He spent the next thirty-seven   years enjoying in knowing and speaking before everyone in the field of agriculture.

In 1961, several of his board members suggested that he take the collection of old tools stored in the Ag Engineering Building and add to them to form an exhibit at the Indiana State Fair.  This simple effort has grown to a large building full of antique farming tools and artisans to show how they worked.  Plus, outside the building, many demonstrations are presented. Some people have said that the Pioneer Village is the first exhibit they visit at the fair.  He managed and totally enjoyed every one of forty years.

One night in 1976 before the infamous Ag Fish Fry, he and his mentor, Dave Pfendler, invited several colleagues from neighboring Land Grant Colleges to join them.  They joined in forming the National Association o f Agriculture Alumni and Development Association (NAADA).Mauri was president the first two years and also the tenth and the group has grown to include most of the Land Grant Institutions. Several members of the Class of 1950, from far and wide, gathered together at Homecoming to decide what kind of a gift could they give to their University at the celebration of their fiftieth anniversary?   It was decided that a new lecture hall would be nice, so they set upon the task of raising money.  The “Class of 50” Lecture Hall was dedicated in 1990.Four Indiana Governors have honored him with the Sagamore of the Wabash Honor, from Governor Bowen to Pence. The couple enjoyed traveling with tour groups, both here and abroad, where they made many lifetime friend – in fact, they celebrated their sixty-eighth anniversary with friends from Iowa.  They very often took their truck camper to meetings of NAADA, even to California. Mauri had long associations with Farm House Fraternity, helping raise the money to build their new Chapter House, also a longtime member of the Lafayette Rotary Club serving as a President.  The couple belong to Federated Church where he served as a Deacon.

He leaves behind his wife, a brother, Quentin of Richmond, son David (Tammy) of Williamsburg, daughter   Marsha W. Mohr (Larry) of West Lafayette, Grandchildren Heather (Mike) Davis, Dr. Cameron L (Beth) Mohr, both of West Lafayette, and Emily (JL) Gray of Austin, TX.  Great grandchildren Samantha, Landon, and Emerson Mohr of West Lafayette, and Zachary and Quinn Gray of Austin.  Also special caregiver, Sarah. Preceded in death by his parents and a brother, Stanley. His very favorite thing to do was to sit on the front porch of the log cabin in Wayne County to visit with family and friends, watch the birds and the crops grow.   He will be greatly missed by his family and many friends. Calling will take place at Federated Church 2400 Sycamore Lane West Lafayette, IN 47906, on Monday February 6th from 4PM to 8PM. Services will be held in the church  on the 7th at 10:00 A. M. with Pastor John Williams  officiating. Another service will be held on Wednesday February 8th at the Economy Methodist Church 306 Market St. Economy, IN 47339 at 10: 00 A.M. with visitation one hour before the services.  Burial will be in Economy Cemetery. In place of flowers , donations may be made to the Purdue Center for Cancer  Research in care of the Purdue  Foundation , 403 West Wood Street,  West Lafayette, IN  47907-2007.