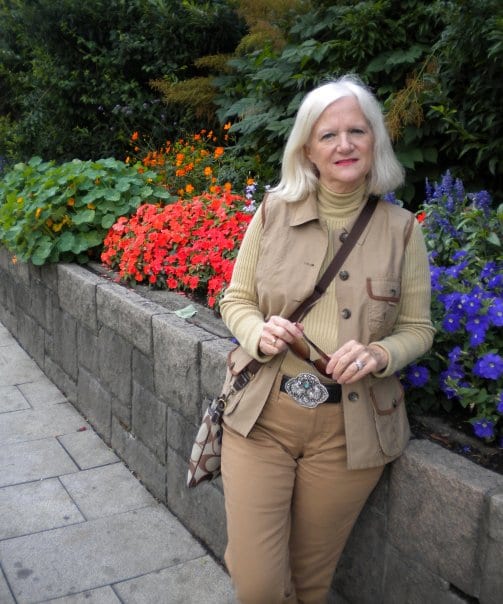 As Mary was moving into her apartment at Ohio State in September 1966, she met the love of her life, Richard Terry Yingling, who was pursuing an MS in Chemistry at OSU. Not only did he help carry her furniture into her new home, but the handsome gentleman also asked her out to dinner. They were inseparable after that first date, and after getting married their son Christopher Adrian was born in December 1967. After both graduated from OSU, the family moved to Lafayette, Indiana, to pursue PhDs at Purdue University.

While Mary worked toward a PhD in Art History and Richard earned a PhD in Chemistry, their daughter Jessica Abigail was born in 1973. Raising their two children in a renovated Tudor Revival home in downtown Lafayette, Mary taught art history and Richard taught chemistry at Purdue University.

Due to her fun-loving nature, Mary became a “second mom” to many of the kids in the Meridian-Kessler and Butler-Tarkington neighborhoods. She was admired for her sharp wit, infectious laughter, and unfaltering compassion and love for everyone she encountered.

Her first love was painting, and she spent her retirement years creating beautiful works of art for friends, family and local nonprofits. Her most beloved role was helping to raise her grandson, Erik Yingling, who is now a sophomore at Indiana University.

Preceding Mary in death were Richard Yingling, and her parents Walter and Dorothy Nicewander.

In lieu of flowers, please donate to The Nature Conservancy in Mary’s memory.

Due to concerns about the Covid virus, her memorial service will be postponed until a later date.