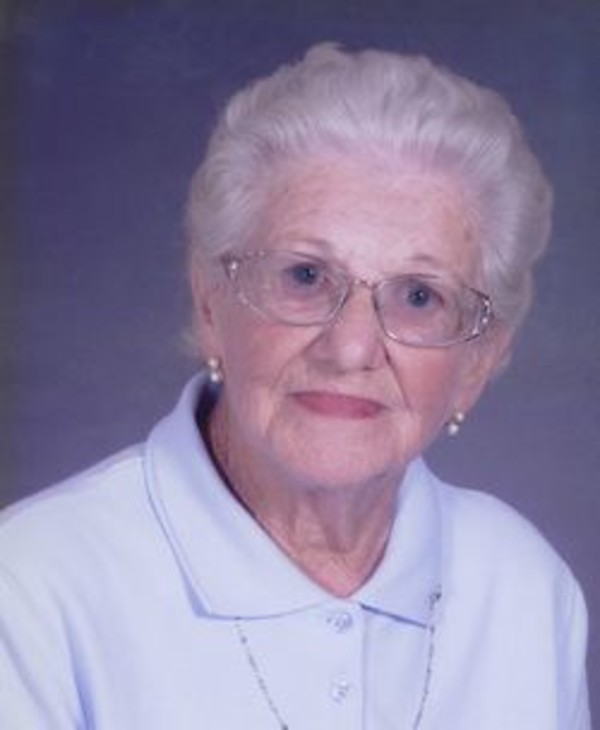 Mary E. Swick Kerkhoff, 96, of Lafayette, died at 7:10 pm Monday, November 30, 2015 in her residence where she had lived since 1945.  She had been in failing health since August, 2015.  Mary was born July 1, 1919, in Tippecanoe County to the late Raymond F. and Gladys M. Bedford Swick and graduated from Romney High School in 1938. On August 1, 1940, she married Robert J. Kerkhoff in Lafayette.  He died February 13, 1991.  Mary was a homemaker for most of her life, but she did work for 20 years at Harris Popcorn, retiring in 1988. Mary enjoyed working in her yard and mowing four days out of seven!  She was known for her beautiful Christmas decorations that she started putting outside and inside in 1951.  She was an avid sports fan, cheering for the Cincinnati Reds, Indiana Pacers, and IU basketball.  Surviving is her daughter, Marilyn Richardson (husband Tom) of Lafayette; 4 grandchildren, Todd J. Fox (wife Melanie) of Lafayette, Jason Richardson of Michigan City, Kelli Allen of Glendale, AZ and Kasey Williamson (husband Antone) of Chandler, AZ and 6 great grandchildren, Donovan, Colton and Blake Allen, Mikalah and Hunter Caldwell and Kaylee Richardson. Mary is also survived by a brother, Donald Swick of FL, a special niece, Nancy Holladay  along with several other nieces and nephews. She was preceded in death by 4 brothers, Raymond “Bud”, Bill, John, and Robert Swick, and 4 sisters, Dorothy Whitehead, Frances Moore, Gladys Loveless and Marjorie Keech. Visitation will be from 5:00 until 7:00 pm on Thursday at Soller-Baker Lafayette Chapel. Funeral services will be held at 10:00 am on Friday at Soller-Baker Lafayette Chapel with Paul Briggs officiating. Burial will be at Elmwood Cemetery in Romney.