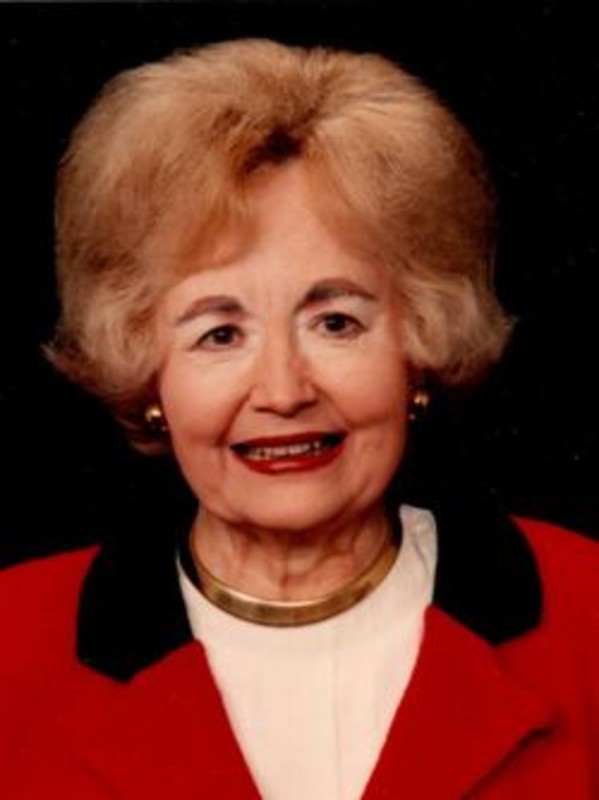 Mary A. Gilmor Hanna, a sixty-year resident of Lafayette, passed away peacefully on January 18, 2018 at the age of 88 after a brief period of illness.
Mary was born in Carlyle, IL on January 21, 1929 to the late Walter A. Gilmor and Marie Setzer Gilmor.  She graduated from Centralia Township High School in Centralia, IL and attended Indiana University.
She was married on November 3, 1951 to George L. Hanna while he was serving with the U.S. Navy in Charleston, SC.  During those years, Mary worked with the American Red Cross on the Naval Base.  After their years in Charleston, they moved to Bloomington, where George finished his final year in law school and Mary worked for a local business.
After George received his doctorate degree, they moved to Lafayette where George became the claims attorney for the Monon Railroad and Mary worked for the Social Security Administration.  George opened his own law practice three years later and Mary retired to start a family.
Mary loved working and interacting with a variety of people and became very active in community volunteer opportunities.  She enjoyed working with Meals on Wheels and with the Friends of Downtown.  For many years she served on the board of Volunteer Bureau and served as a member of the Lay Advisory Board of St. Elizabeth Hospital.  She was a member of the Lafayette Country Club, Current Topic Club, Purdue Alumni Club, The Parlor Club and the Symphony Guild.  She also served as the Co-Chairman of the Heart Drive for a year.
In addition to being a dedicated, caring mother who raised their three children with patience, guidance and love, she was also very influential and supportive in helping raise their three grandchildren.
Mary was always an active woman who enjoyed gardening and an occasional bridge game in her later years.  In her younger years she played tennis and golf whenever possible and hosted social dinner parties and family gatherings often.  She remained vigorous and full of life right to her final days.  A dedicated Catholic, she was a member of St. Mary’s and attended church regularly all her life.
Although she was the oldest of seven children, she was preceded in death by two sisters and three brothers and her beloved husband, George who passed away in 2011.
Mary is survived by one brother, Steve Gilmor of Edwardsville, IL and three children.  Her eldest son, Stephen lives in Lafayette.  Another son, Charles, resides in Spokane, WA and her daughter, Susan lives in West Point, as does Sandra Kashmer, who she considered her second daughter.
Also surviving are two grandsons and a granddaughter.  Daniel Hanna (wife Lauren) of Colfax, George L. Hanna II of San Diego, CA, and Ashley Emtman (husband Steve) of Veradale, WA.
Also surviving are George and Mary’s beautiful great grandchildren:  Henry, Edison, Maverick, Andrew, Grayson and Braden.
Friends may call from 11:00 am until the time of the Funeral Mass at 1:00 pm on Wednesday, January 24, 2018 at St. Mary Cathedral, with Fr. Kyle Neterer officiating. Interment will follow at St. Mary's Cemetery.
Memorial contributions may be made to the Almost Home Humane Society or to St. Mary’s Cathedral.
You may sign the guest book and leave condolences at www.soller-baker.com