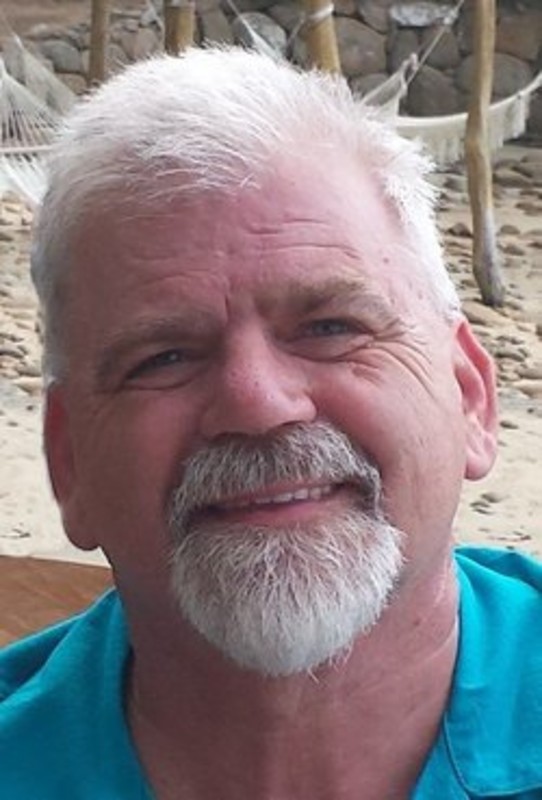 Mark Zerbes, 59, of Lafayette, IN, died October 15, 2018. Mark was born to Roger and Frances (Gray) Zerbes on April 2, 1959 in Chicago, IL. He graduated in 1977 from Downers Grove South High School. For many years Mark owned and operated catering trucks in Aurora, IL. He relocated to Lafayette in 2003 to be near his daughter following the birth of his first grandchild.

Mark was employed by CityBus of Lafayette and served as Financial Secretary for Amalgamated Transit Union Local 1741. He was a member of St. Thomas Aquinas. Mark’s was a life fully lived. He was sweet and funny and most of all kind. He embraced all of life and valued people over possessions. He enjoyed singing and loud music, cooking, vintage camping, and all things Star Trek.

Mark married his wife Marilyn in 2008, and she survives. He is also survived by his daughter Brandi (husband Matt)McGreevy of Lafayette, IN; the mother of his daughter, Shellie Zerbes of Lafayette, IN; step-son Michael Kantz (wife Anne) of Greentown, IN; and step-son Ben (wife Angela) of Newberg, OR. Among his greatest blessings were those who called him Pappy – a name and role which brought him great joy. His grandchildren are: Mattie, Brayden, and Brooklynn McGreevy of Lafayette, IN; Ella and Ava Kantz of Greentown, IN; and Noah and Selah Kantz of Newberg, OR. He is also survived by his sister Karen (husband Nary) Mahabir of Lebanon, MS, his brother Jay Zerbes of Glenwood Springs, CO, and his aunt and uncle Sharon and Dick Neufeldt of Villa Park, IL.

He was predeceased in death by his parents, his sister Tammy Nightingale and Tammy’s husband Bill.

Should friends desire, contributions may be made to Lafayette Urban Ministry. A warm smile and an act of kindness to another will be the best memorial to Mark’s life.