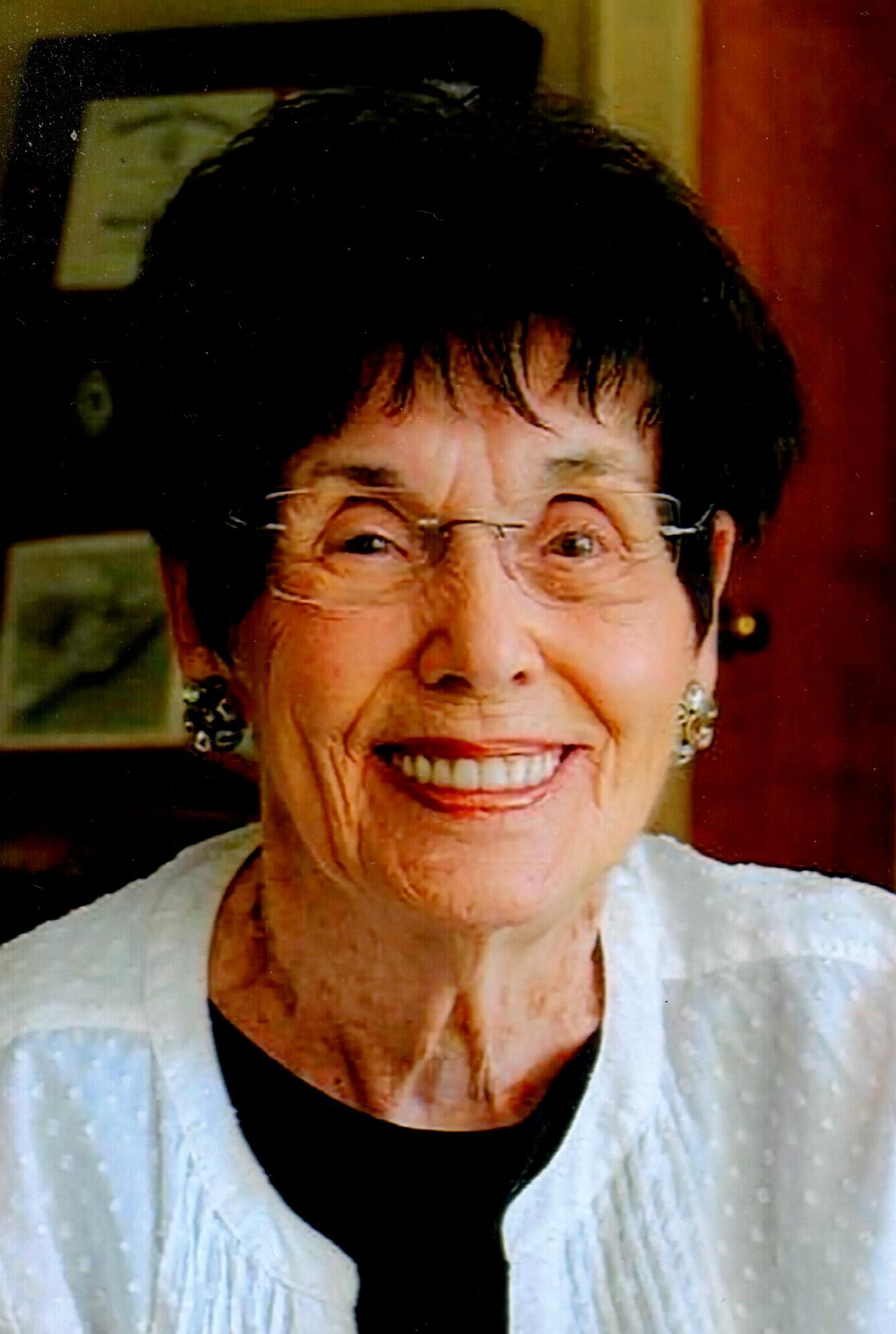 Others before self; God’s piano player; Lou’s Lounge Leader, munitions factory worker; ultimate representative of the females of the Greatest Generation; devoted and loving daughter, wife, mother, sister, and aunt was called to her Lord and Saviour and a reunion with her beloved husband on April 21, 2020.   She has joined her husband John in heaven and has left behind daughters Pam Mickler (Bill), Kristen Buchmiller, son Tom (Lena), Lisa Beale and added son Gene K. Alber, 16 grandchildren, 24 great- grandchildren, 6 great-great grandchildren and special niece Lynda Gust.

Marion Lou Beale, and you better call her Lou, was born in Logansport to Leo and Marge Alber July 10, 1924.  God’s plan was to have her as His pianist.  She started when she was 7 years old accompanying her dad and the band he was with to the gigs and they would all teach her how to play by ear.  She did learn to read music but her talent really belongs to the playing by ear method and up to her final days on earth, she still played with style, accuracy, finesse and joy.  Her gift of music touched not only family and friends – she shared it in nursing homes, the veterans home and individuals with downs syndrome.  She taught music and provided music for the Girl Scouts, McKinley Elementary School plays and musicals, dancing schools in town, church, family gatherings and just for her lifelong love, John Beale.  She was an accomplished entertainer and more than that, she was at heart an encourager – she lifted minds and spirits and brought happiness and joy.  Just one of her many legacies was passing the love of music to her children who sing, play piano, guitar and drums.  Her children serve their communities in the same way.  She taught her two older children to tap dance while doing dishes in the Hollywood style; the two younger ones were mercifully spared that.  Lou met her life’s partner in junior high school.  At Logansport High School she was the 2nd ever female cheerleader in LHS history.  Her future mate played basketball so it was no shock she muscled her way in.  After graduation she told John “if you do not marry me before you leave for the Navy, I won’t be here when you get back.” He did and she was there.  While John served on the Saratoga in the South Pacific she remained on the east coast working in a fireworks factory.  That was the sign on the building in Groton, Connecticut, however, it was a munitions plant.  They started their family in Groton with Pam being born; returning to Logansport, Kris, Tom and Lisa entered the world.  Lou and John then took on her baby brother as the 5th child when their shared grandmother, father and his mother passed away in 9 months of each other.  He was in the army and she told him “I was you sister 18 years and now I am your mother.” No argument from Gene on that.

The Beale home was a lounge for all of her kids’ friends.  Anyone was welcome; snacks were provided and in the end she was a surrogate mother to many of them who to this day ask about her.  She drove and accompanied scores of children and young people over hundreds of miles to gigs, sporting events, cheerleading camps, malls, swimming holes and would listen and watch over her charges often giving clear instructions or advice.  Lou gave unconditional awareness to any who came into her presence.  It did not matter how her day was – she would give a smile, a hello, and a certainty that person felt that she truly cared for them.  Besides music, Lou instilled in her children honesty, integrity, compassion, humility, faith, and family.  Have fun, work hard, be nice and remember family first.  She and John insisted on that.  When friends and family would visit they were asked how each of them were and ask about anyone not there.

Through the years Lou and John provided for the family with income from Tool & Die, Co-Tronics and finally Five Point Shoes in Lafayette and Danville, Illinois.  Lou was the spiritual anchor one the family as a member of the EUB Church in Logansport, later the United Methodist Church on Broadway.  She and John were founding members of Victory Christian Center church in Lafayette where their son-in-law Bill and daughters Pam and Kris are pastors.

There are a proliferation of cooking shows/chefs currently on TV; in no way can they hold a candle to her genius in the kitchen.  She was a resourceful child of the Great Depression and a WWII wife therefore was able to transform cheap cuts of meats into prime cuts with the tastiest vegetables.  Her fried chicken, meatloaf, spaghetti, cube steaks, pork chops, sauerkraut, chicken and noodles, shatters and pumpkin pie are legendary.

She is the matriarch of the family and had the respect and love of all.  She oversaw 5 generations.  She was our example of doing what is right; staying out of people’s business and guiding, chiding, encouraging and loving all without judgment.  She simply exhibited true caring and compassion and wisdom.  She was always the biggest supporter in the successes and trials of her family.  She would place herself at the end of the line; she made sure the kids had the best clothes for school without regard to her own needs.  From the depression and war she accepted sacrifice as an accepted lifestyle for herself.  She lived showing a servant’s heart with passion, commitment and determination.  One example goes back to being that LHS cheerleader where the boys on the squad were not real receptive of her until, as she put it, “I won them over with my charm and I could do splits and they could not.”  She was also, along with one of the guys, a co-founder of the famed Logansport Berry Cheer Block that lasted from the late 30’s through the mid 60’s. It was in the 30’s she established what was to be her mission in life….”to make everyone’s life easier and be a tribute to my family.”  Job well done and accomplished Lou Beale.  Rest in His comfort and joy and congratulations of being back together with your beloved John.