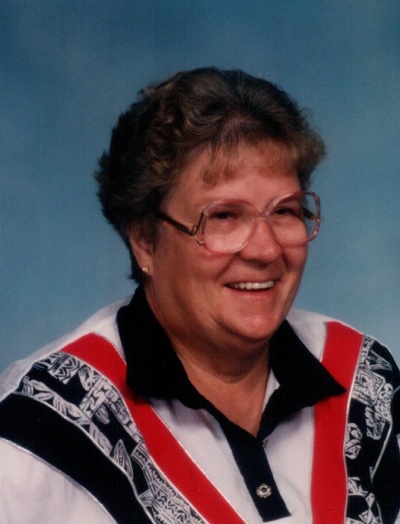 Margaret A. “Peggy” (Hamilton) Tyrie was born August 28, 1935, at home in Lafayette IN, to Charles “Ham” and Edith (Cox) Hamilton. Peggy attended Lafayette schools. She married Harry G. Tyrie on February 24, 1952 and they were married 53 years. Harry preceded her in death on December 31, 2005.      Peggy worked at St. Elizabeth Hospital for 40 years as an OB-GYN scrub nurse and later a monitor technician. After retirement Peggy returned to work for Lafayette School Corporation in food service.      Peggy was a longtime supporter of the Democratic Party. She was a past president of the Lafayette Firemen’s Auxiliary and played on their water ball team. Many happy days were spent at the lake cooking out, boating and swimming. Peggy often hosted holiday meals and welcomed all family and friends.     Peggy most enjoyed spending time with family, especially her grandchildren and great grandchildren. Grandma Peggy was happy attending their activities, racing, ball games, and choral performances. She enjoyed playing cards, checkers and having tea parties with her grandchildren.      Peggy was a Chicago Cubs and NASCAR fan.  She participated in Relay for Life for years and was proud to be the first survivor to cross the finish line several times. Peggy attended River City Church and was involved in their Boundless group.      Peggy was preceded in death by her parents, husband, brother Harold “Sonny” Hamilton, sister and brother-in-law Helen and Leo Spikes, sister-in-law Martha Hamilton and son-in-law Tony Leuck.     She is survived by her sister Charlotte (Don) Swindle and brother Jerry Hamilton, and four children: Nancy Tyrie, Jerry Tyrie and Roxane Leuck of Lafayette and Karen (Rick) Koekenberg of Monticello.      Grandma Peggy loved and adored her six grandchildren: Scott (Katie) Tyrie, Krisn (Dave) Mahlke, Sara (Trevor) Stinson, Whitney (Geoffrey) Lentner, Jaret (Dani) Leuck and Jessie (Josh) Thayer. She delighted in her eleven great grandchildren: Isaac and Gabe Tyrie, Gracie and TJ Stinson, Henry, Charlie, and Marlie Lentner, Zeke and Cale Leuck, and Peyton and Parker Thayer.      Peggy was also survived by three generations of nieces and nephews who lovingly called Aunt Peg, their favorite aunt! Peggy will be remembered for her laughter, engaging nature, welcoming home and most of all her love of family and friends.     If interested, memorial contributions to American Cancer Society/Relay for Life of Tippecanoe County would support a cause that meant a lot to Peggy.Visitation will be May 30, 2019 from 1pm-3pm Soller-Baker Lafayette Chapel followed by funeral service at 3pm., officiating Pastor Robby Bradford. Interment Tippecanoe Memory Gardens.